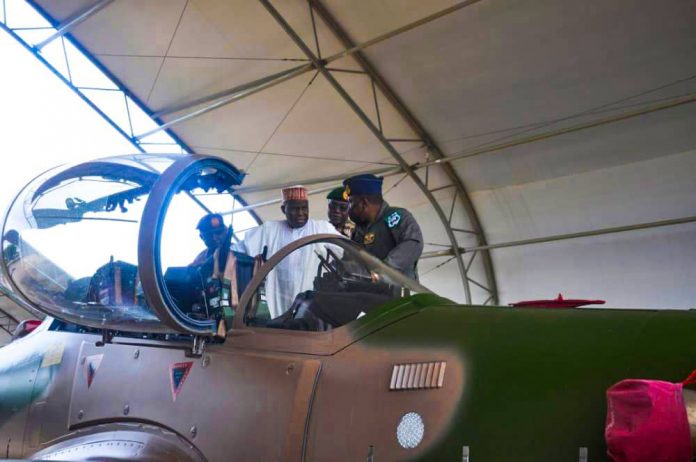 The Nigeria Air Force has taken delivery of the first A-29 Super Tucano aircraft.

It touched Nigerian soil on Thursday at around 12:34pm.

Air Force spokesperson, Edward Gabkwet, confirmed this in a statement.

The A-29 is a Brazilian turboprop light attack aircraft designed and built by Embraer as a development of the Embraer EMB 312 Tucano.

The A-29 Super Tucano carries a wide variety of weapons, including precision-guided munitions, and was designed to be a low-cost system operated in low-threat environments.

The new aircraft is one of the six aircraft expected to leapfrog through five countries including Canada, Greenland, Iceland, Spain and Algeria before arriving at their final destination in Nigeria.