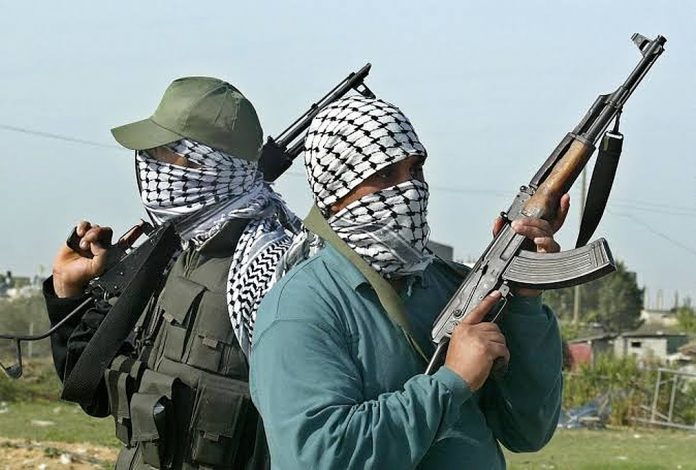 Also, many residents and passers-by around the vicinity were reportedly killed or severely wounded by stray bullets during a gunfight between the police and hoodlums.

According to eyewitnesses, the gun duel started at about 5:30pm at the busy Mmiri Ocha Amodu and lasted till 7:00pm.

The source said the dead have all been taken to the University of Nigeria Teaching Hospital mortuary.

He said, “The gun battle between the policemen and the unknown gunmen was too heavy.

“The entire area was thrown into confusion as everybody within the scene scampered for safety.

“We have not experienced this type of incident in this area. It happened along Obeagu – Amechi Road to Agbani Nkanu a few kilometres from Enugu State capital.”

However, operatives of the Amagunze Police Division, who were quickly alerted, ambushed the gunmen as they attempted to escape and killed some of them.

The source also added that a police patrol van was set ablaze by the gunmen during the attack.

Police spokesperson in the state, ASP Daniel Ndukwe, confirmed the incident but kept mum on the number of casualties.

Ndukwe said, “Information surrounding the shooting incidents in the evening hours of today, 21/07/2021, where Police Operatives were allegedly attacked by yet-to-be-identified gunmen at checkpoints in Obeagu-Amechi in Enugu South LGA and Amagunze in Nkanu East LGA is still sketchy.”

He said that preliminary investigation had commenced, assuring that further developments would be communicated.