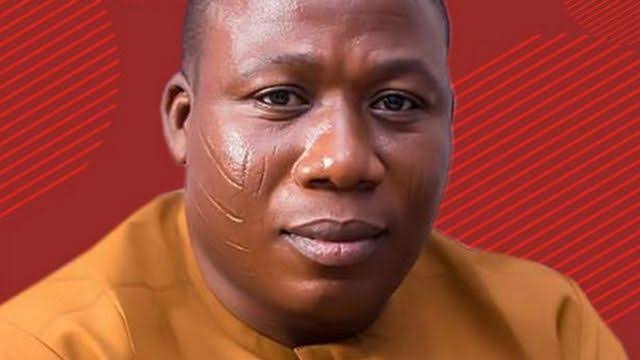 A reporter with BBC Yoruba in Cotonou, Benin Republic has said that he saw Yoruba nation agitator, Sunday ‘Igboho’ Adeyemo, where he was detained in Cotonou at 7:30am on Thursday morning.

The reporter said he was okay and was not chained as earlier rumoured.

The reporter also added that he discussed with him for a minute but he did not disclose what they discussed.

He also said that the Beninese lawyer handling Igboho”s case was meeting with him.