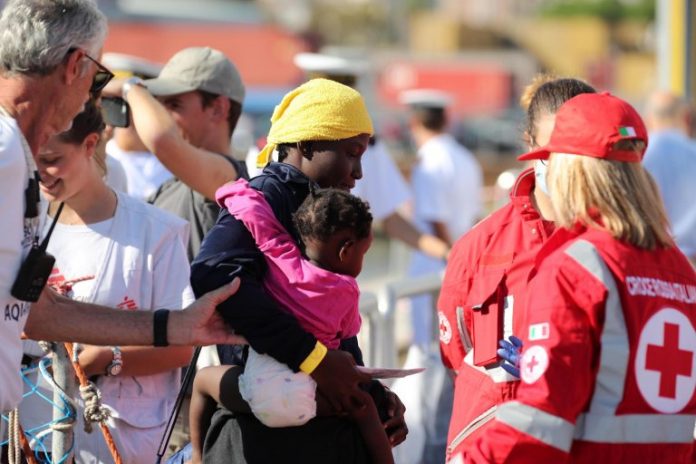 A report by an Italian based charity group has revealed that Nigerians ranked highest in the number of trafficked victims in 2020.

The group, Save The Children Italy, revealed that the national anti-trafficking system had 2,040 victims of trafficking in its care, 716 of whom were new cases that emerged during the year.

According to the group’s statement published on Thursday, the majority of cases are women and Nigeria was the leading country of origin.

“Among the countries of origin of the victims, Nigeria prevails with 72.3 per cent, followed by the Ivory Coast, Pakistan, Gambia and Morocco.

“The most-reported form of exploitation is sexual 78.4 per cent, then followed by labour 13.8 per cent, with 1 per cent involved in illegal economies and 0.6 per cent into begging.

“A particularly alarming element concerns women victims of trafficking and sexual exploitation who are mothers with minor children, where the children are often also in the hands of exploiters and traffickers.”

Speaking on human trafficking, Save the Children’s Italy-Europe Programmes Director, Raffaela Milano, decried how children become victims of a circuit of violence.

Milano said, “The children of the victims of trafficking and exploitation are often prisoners, with their mothers, of a circuit of violence, blackmail and abuse that must be broken at all costs.

“Their mothers are women, including very young mothers, who carry on their skin a repeated series of early violations suffered, in many cases, already in their countries of origin, in situations of extreme material poverty and social deprivation.

“Even here in Italy, they face the worst conditions of exploitation. We need to strengthen and support their means of escape from exploitation.”

The report’s analyses of girls who are victims of trafficking and exploitation brought to light an extreme aspect of violence, which in many cases affects their children.

Children, generally very young and sometimes born from the abuses suffered by young mothers, not only witness the violence perpetrated on their mothers but themselves risk being subjected to violence at the hands of exploiters and traffickers or being blackmailed to keep their mothers subjugated.

Save the Children Italy launched its New Paths project in April 2021 to respond to the needs of the most vulnerable mother-child units, in cooperation with the Anti-Trafficking Hotline and the Department of Equal Opportunities.

According to the group, in their first two months alone, they have supported 50 units, primarily women of Nigerian origin, eight of whom were pregnant, as well as 69 minors, 49 of whom were born in Italy and currently under three years of age.