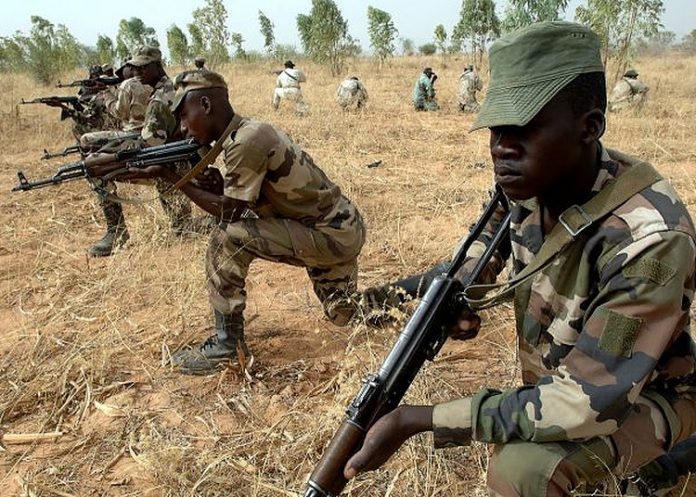 The gunmen reportedly killed a soldier, injured many others and seized a gun truck belonging to the foreign soldiers in the ongoing gun duel that started on Monday.

Mustapha Yusuf, the lawmaker representing Jibia at the State House of Assembly, told newsmen that gunmen from Nigeria attacked a community in Niger Republic and rustled many livestock into Nigerian territory.

He said, “The soldiers from Niger Republic are in Nigerian territory on a rescue mission following bandits’ attack at one of the adjoining communities in Niger Republic. They are allowed to enter for 30 kilometres based on security arrangements.”

He added that many of the foreign soldiers and a popular vigilante leader have been missing since Monday.

Also, locals said about 17 vehicles from Niger Republic loaded with soldiers were seen in the Jibia area heading towards a forest.

Subsequently, a heavy sound of explosion was heard from the soldiers believed to be engaging the bandits in the forest.

The police spokesperson in Katsina, Gambo Isah, is yet to confirm the incident.