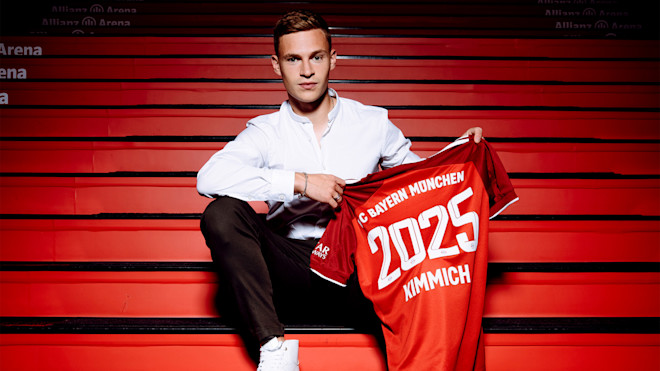 By Gideon Adonai
FC Bayern have extended Joshua Kimmich’s contract until 2025.
The Germany international originally joined the record champions from RB Leipzig in 2015. 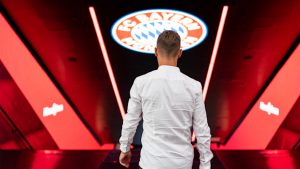 He has so far made 264 competitive appearances for the club, scoring 30 goals. In that time with the 26-year-old, Bayern have won six Bundesliga titles, three DFB Cups, the Champions League, five DFL Supercups, the FIFA Club World Cup and the UEFA Super Cup.
Joshua Kimmich: “The most important reason for my contract extension is that I can pursue my passion with joy every day here at FC Bayern. 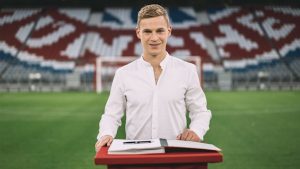 I have a team where I can achieve everything, and a lot of teammates have become real friends. 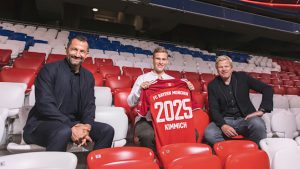 That’s why I started playing football in the first place, because it should be fun.

I still don’t think I’m at the end of my development and I’m convinced there’s a lot possible at FC Bayern in the next years. On top of that, my family feels at home here.
-Advertisement- 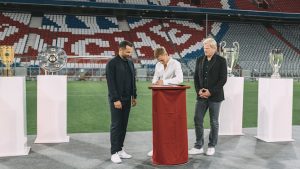 Munich has become a second home. The combination we have here isn’t found all over the world.”
Herbert Hainer, FC Bayern president: “We’re happy to be going into the future with Joshua Kimmich. He’s developed into a top international player with us, and it’s important to us to keep players of this quality in our team for the long term.
With him, FC Bayern have the best chances of achieving great and ambitious goals again in the future.”
Oliver Kahn, CEO: “Joshua totally identifies with FC Bayern. He’s recognised the value of playing long term at a club, being able to shape things and being a part of great success and an era. 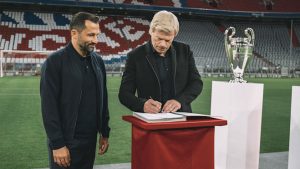 He knows he has the opportunity at FC Bayern to make all his ambitious goals a reality. The package we can offer him is hugely attractive for any top international player.”
Hasan Salihamidžić, board member for sport: “This contract extension is a strong signal for FC Bayern – both inwards and outwards. It’s important to have our best players under long-term contracts.

Joshua will become a leading player at FC Bayern in the coming years and make history. His enormous footballing qualities and his tremendous mentality are exactly what we need at FC Bayern and what distinguishes our team. He’s hungry and wants to shape an era here at FC Bayern.”