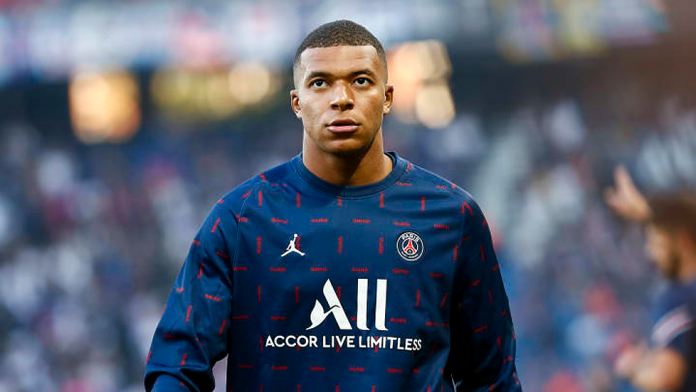 By Gideon Adonai
Paris Saint-Germain have turned down a rumoured €160 million bid from Real Madrid for Kylian Mbappé and branded their approach for the player “illegal”.
PSG sporting director Leonardo admits the France forward, who has only one year left on his contract, is angling to leave the club.
However, Leonardo insists Mbappé will only be allowed to move to Madrid if their valuation is met.
“Kylian Mbappé wants to leave, it seems clear to me. If Real Madrid makes an offer, it seems clear to me. I am giving a position, which I think is clear to everyone,” Leonardo told French radio station RMC Sport.
“We cannot, in the last week of the [window], change our plans. If he wants to leave, we are not going to hold him back, but it is on our terms.”
Mbappé moved to Paris from Monaco in 2017 in a transfer worth €180 million. The 22-year-old has scored 133 goals in 174 matches for PSG and won three Ligue 1 titles and three French Cups.

But PSG’s attempts to extend his contract have so far failed, and they believe Real’s ploy is to sign him for nothing next summer.
“Kylian was given two important offers. One at the level of the top players in the squad two months ago and one above these players very recently,” added Leonardo.
“We want to prove to him that he is an important player, at the centre of the team, but not above the team.
“Compared to Real’s position, it looks like a strategy to get a ‘no’ from us, to show that they have to try everything and wait a year to have [him for] free.
“It’s been two years since Real behaved like this, it’s incorrect, illegal even because they contacted the player. This is unacceptable to us.

Asisat Oshoala ruled out of Nations Cup with knee injury