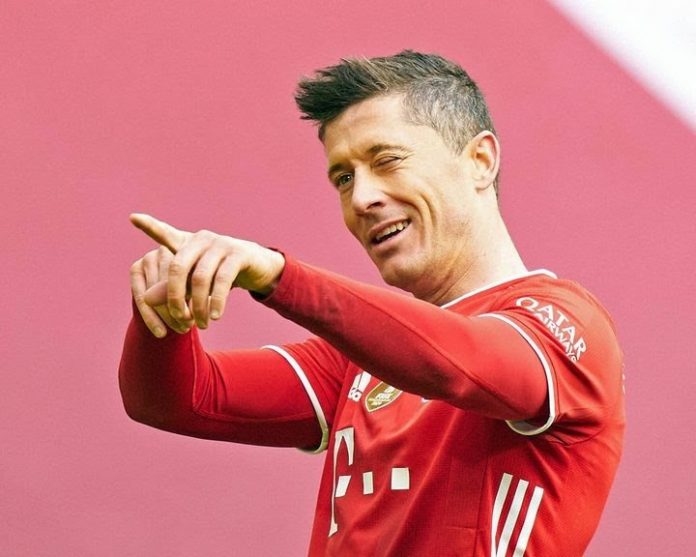 Robert Lewandowski has been named Germany’s Footballer of the Year for the second year running, after breaking Gerd Müller’s longstanding scoring record with 41 goals for Bayern Munich last season.

Lewandowski has scooped the award, determined by German football writers – members of the Association of German Sports Journalists (VDS) – by a landslide, taking 356 of the 563 votes.

“There was never any doubt that Lewy would win this award this year,” said former Bayern coach Hansi Flick, who has since taken charge of the German national team and was last year named Coach of the Year.

Second in the poll, also for the second season running, was Lewandowski’s teammate Thomas Müller, who supplied a league-high 18 assists last season and took 41 votes, three more than third-placed Erling Haaland, who scored 27 goals in just 28 games for Borussia Dortmund last season, taking his overall tally of Bundesliga goals to 40 in 43 games.

“I know how big an honour this is,” said Lewandowski, who won the FIFA Best Men’s Player award in 2020, to Kicker. “It fills me with so much pride and joy because you don’t often get named Player of the Year twice in a row in Germany.”