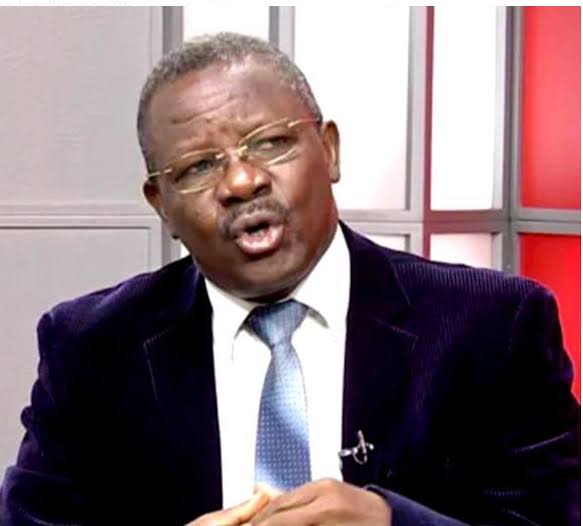 The Nigerian Defence Headquarters has reportedly clarified that a former Commodore of the Nigerian Navy Kunle Olawunmi was only invited, contrary to reports that he was declared wanted.

A spokesperson for the Defence Intelligence Agency Benjamin Sawyer confirmed to The ICIR that Olawunmi was invited by the agency over his interview on Channels Television’s breakfast show, Sunrise Daily.

Sawyer said Olawunmi was only called to avail the DIA with some of the information he revealed during his interview.

He said, “The Nigerian Armed Forces and their agencies could not arrest him; it’s just in a bid to get more information from him about what he said he knows.

“It is the military police that carry out arrest, the DIA doesn’t carry out arrests. Somebody from the DIA who is in charge of counter-terrorism only called to ask him to come over so we could hear from him and so he could aid us in the fight against terrorism. But he switched off his phone after the call.”

The defence spokesperson also said it was not true that Olawunmi was asked to come to the DIA with his passport, though he did not rule out the possibility of it.

“The military is like a family. If he has anything that could assist us to further fight insurgency and terrorism, we invited him to come and give us. We respect our senior officers, and that is why the Chief of Army Staff is going around the country to have conversations with them (retired military officers),” Sawyer said.

Olawunmi had on Tuesday during the TV show said sponsors of terrorist groups were currently holding positions in the cabinet of President Muhammadu Buhari and that the Department of State Services was aware.

Olawunmi also said he had interrogated and found a high-ranking member of the Buhari government culpable of involvement with Boko Haram in 2007/2008.

The former navy commodore further said that the Nigerian government was not ready to fight insurgency because it had failed to prosecute the arrested 400 persons suspected to be sponsors of Boko Haram.