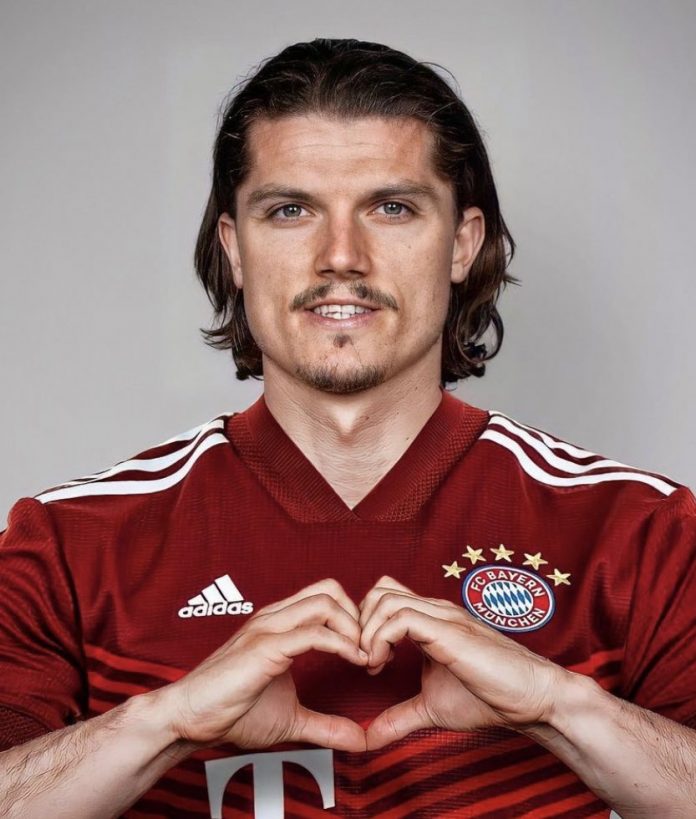 The 27-year-old joined Allianz Arena from RB Leipzig, where he previously played under coach Julian Nagelsmann.

The attacking midfielder has agreed a contract until 2025 and will wear the number 18 shirt for the German record champions.

Oliver Kahn, FC Bayern CEO: “Marcel Sabitzer offers everything that an FC Bayern player needs. On top of that, he won’t need long to settle in as he’s already well-acquainted with the philosophy of our coach Julian Nagelsmann.”

Marcel is a very good footballer, he has a great mentality, he’s very ambitious and he carried responsibility on and off the pitch as captain of RB. Our coach knows him very well and what a leader he is. We’re looking forward to having him.”

Marcel Sabitzer: “I’m delighted to have the opportunity to play for FC Bayern. As a child my Bayern jersey was my pride and joy – I got a new one at Christmas every year. I’ll give everything for this club, I want to win as many matches as possible and of course collect lots of titles.”

Sabitzer began his professional career at FC Admira Wacker Mödling before joining Rapid Vienna, where he earned his move to RB Leipzig.

He has played 145 times in the Bundesliga and scored 32 goals, and has netted four times in 21 Champions League appearances. For the Austrian national team, he has scored eight goals in 54 appearances and was a key player at this summer’s European Championship, where the Austrians reached the round of 16 but were knocked out in extra time by eventual winners Italy.

Sabitzer will have to wait a while to meet many of his new teammates who are currently on international duty: