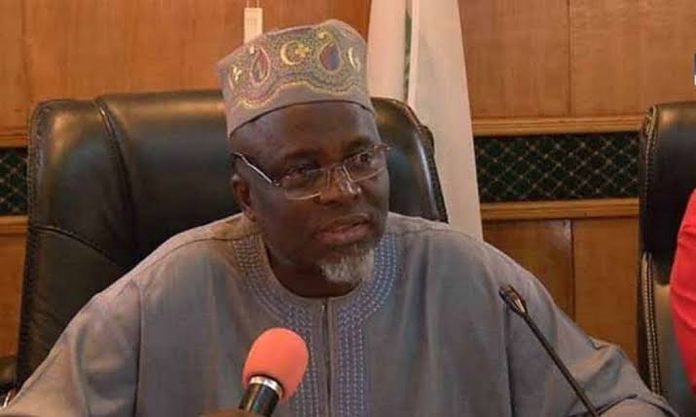 By Gideon Adonai
The Joint Admissions and Matriculation Board (JAMB) is set for a meeting with heads of tertiary institutions on Tuesday, to fix the minimum cut-off mark for 2021/2022 admissions.
The cut-off marks will decide the fate of over 1.4 million candidates who sat for the 2021 Unified Tertiary Matriculation Examination (UTME).
JAMB had announced August 31, 2021, as the date to fix the minimum cut-off mark for 2021/2022 admissions.
JAMB Head of Media, Dr. Fabian Benjamin, had earlier made the disclosure via the examination body’s weekly bulletin.
Benjamin had stated that the decisions would be reached on the new minimum cut-off marks and other admission issues at the policy meeting which will be chaired by the Minister of Education, Adamu Adamu.

Vice-chancellors, provosts, and rectors from public and private universities, polytechnics, and colleges of education are also expected to attend the virtual admission policy meeting.
Also expected at the policy meeting include the Executive Secretaries of National Universities Commission (NUC), National Board for Technical Education (NBTE), National Examinations Council (NECO), Director General, National Youths Corps Members (NYSC), National Commission for Colleges of Education (NCCE), heads of West African Examinations Council (WAEC), and other relevant agencies involved in admissions.
The policy meeting is expected to be declared open by the Minister of Education, Malam Adamu Adamu.
The cut-off marks for the 2021 admission exercise are expected to be decided after the meeting.