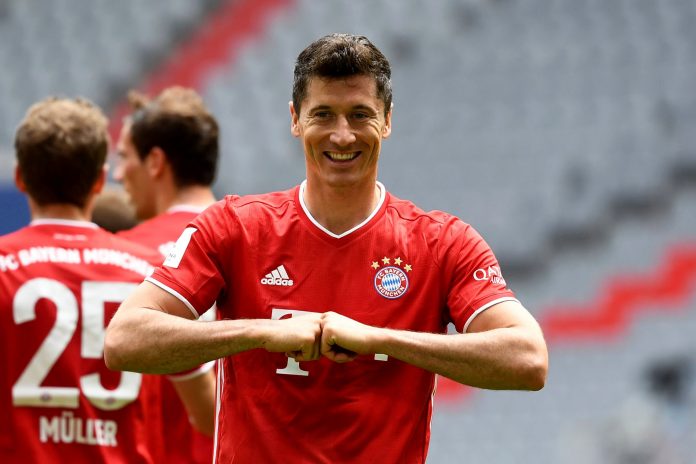 An outstanding Robert Lewandowski helped Poland to a 4-1 win against Albania in qualifying on Thursday.

The Best FIFA Men’s Player put his country ahead inside 12 minutes with a header.

The visitors equalised in Warsaw through Sokol Cikalleshi after 25 minutes before Adam Buksa gave the home side a 2-1 half-time lead.

Lewandowski then took on and beat several players down the right in the 54th minute to tee up Grzegorz Krychowiak for a simple tap-in.

The Bayern striker thought he’d made it 4-1 after 69 minutes but was denied by the offside flag. Karol Linetty did eventually add a fourth shortly before the end.

Poland now sit second in Group I with seven points from four games. They go to San Marino on Sunday.