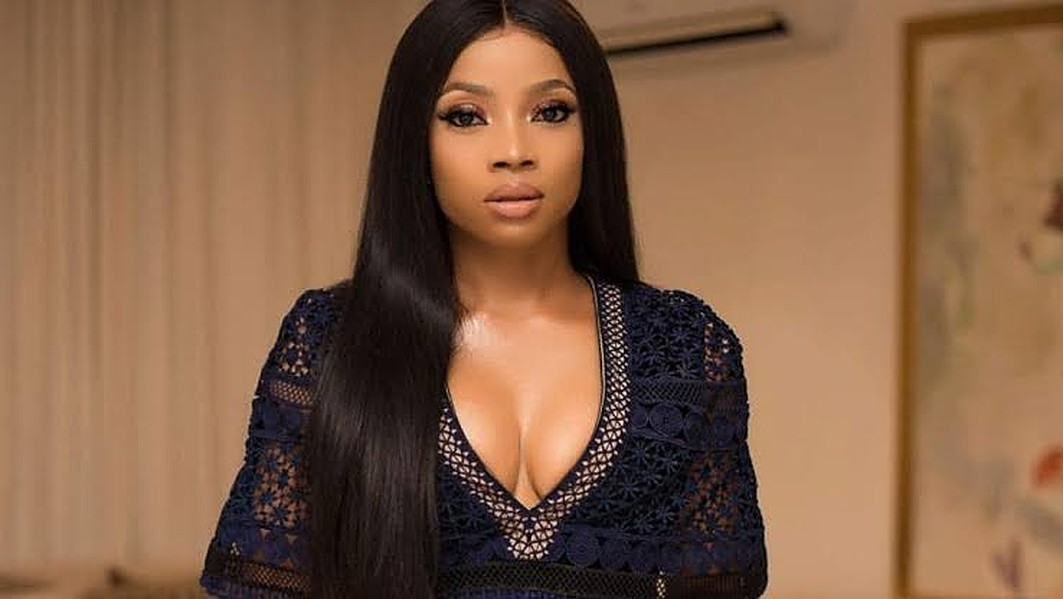 Toke Makinwa, a media personality, has responded to rumors that she is supported by a wealthy politician or socialite.

She claimed that Jesus is behind everything she has in a recent interview with Chude Jideonwo.

“Who is paying your lifestyle, the Ikoyi mansion, your rich lifestyle and luxury?” she was questioned. Toke Makinwa’s response was simple: “Jesus.” I’m still looking for the wealthy individual who is said to be sponsoring me.”

Toke Makinwa also spoke about her late parents, who were killed in a quarrel.

“When my mother died, she was 33 years old and had four children,” she said.

“I am 36 years old and have never had children, so I can only image what was going through her mind in those final hours, knowing she might not make it and leaving four children behind.”

“I am going to be absolutely honest, I could have stayed if it wasn’t so public,” she said of her failed marriage to Maje Ayida, who cheated on her with another woman.

It was confirmed that while they were married, someone else was having a child for him

Maje Ayida’s response after confessing to Toke Makinwa that someone else was bearing a child for him while they were married has been revealed.

In 2015, Maje’s marriage split apart after it was revealed that he was expecting a child with his side chic, Anita Solomon.

Toke stated she was asleep in the same bed with Maje when the news broke in a talk with Chude Jideonwo. IcePrince, she said, called her about 2 a.m. to check on her after the news broke, and she was still unaware of what was going on at the moment.

Maje originally denied it, but subsequently revealed he was expecting a kid with Anita, according to her.

She claimed he placed an order for meals from their chef while she sobbed on the floor.