Shoot me twice in the head’: what Amrullah Saleh told his guard amid fears of Taliban takeover 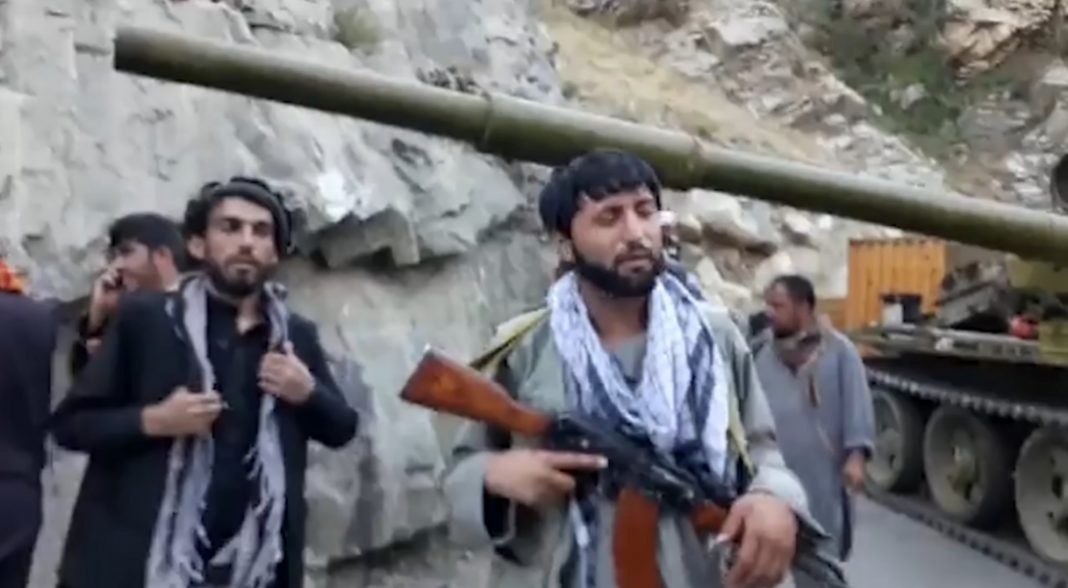 In an apparent swipe at former Afghan President Ashraf Ghani and other officials, Saleh said these politicians have “betrayed the people”.

AF24news gathered that at least 17 people were killed in Taliban’s triumphant celebration.

“Should I get injured, I have one request of you. Shoot me twice in my head. I don’t want to surrender to the Taliban. Ever.”

For Amrullah Saleh, the battle for Panjshir seems to be a lonely struggle. But Afghanistan’s acting president, who is leading the Resistance Force against the Taliban, is not complaining.

Writing for the Daily Mail, 48-year-old Saleh described how Kabul fell to the hardliners. “The night before Kabul fell, the police chief called me to say there was a revolt inside the prison and the Taliban inmates were attempting to escape. I had created a network of non-Taliban prisoners. I called them, and they started a counter revolt on my orders within the prison.”

He said he tried contacting the then Minister of Defence Bismillah Khan Mohammadi, then-Interior Minister, and their deputies on the morning of August 15. “But I could not find them”.

“I did find very committed officials in both ministries who reported to me how they are not able to deploy the reserves or the commandoes to the frontlines,” he recounts.

Saleh said he was unable to find deployable Afghan troops anywhere in the city in “desperate hour”. “I then spoke to the police chief of Kabul, a very brave man whom I wish all the best wherever he is. He informed me that the line in the east had fallen, two districts in the south had fallen, and the adjacent province of Wardak had fallen,” he says. “He asked for my help in deploying commandoes. I asked him if he could hold the front with whatever resources he had for an hour,” he adds.

Saleh says he was not able to assemble any troops to help the police chief. So he tried to contact the presidential palace and former National Security Advisor Hamdullah Mohib, but it was of no use. “I called the Palace. I messaged our National Security Adviser to say we have to do something. I got no response from anyone. And by 9 am that morning of August 15, Kabul was panicking,” he says.

READ ALSO: Taliban battle for Panjshir as US warns of Afghanistan civil war

“The Intelligence Chief had visited me the evening before. I had asked him about his plan should the Taliban storm Kabul. ‘My plan is to join you wherever you go,’ he said. ‘Even if we are blocked by the Taliban, we do our last battle together,” he added.

In an apparent swipe at former Afghan President Ashraf Ghani and other officials, Saleh said these politicians have “betrayed the people”. “They stay in these hotels and villas abroad. And then they call on the poorest Afghans to revolt. That’s craven. If we want a revolt, the revolt has to be led,” he writes. 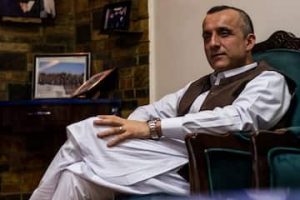 As no help and support arrived from the government side, Saleh turned to Ahmad Massoud, the son of his mentor Ahmed Shah Massoud. “Instead I sent a message to Ahmad Massoud, son of my mentor, the late Massoud. ‘My brother, where are you?’ He said: ‘I’m in Kabul and planning my next move’. I told him I was also in Kabul and offered to join forces,” he writes.

Before leaving Kabul, Saleh went home to “destroy pictures of my wife and my daughters”. “I then went through my home and destroyed pictures of my wife and my daughters. I collected my computer and some belongings. I asked my chief guard, Rahim, to place his hand on my Koran,” he said. “We are going to Panjshir and the road is already taken,’ I told him. ‘We will fight our way through. We will fight it together. But should I get injured, I have one request of you. Shoot me twice in my head. I don’t want to surrender to the Taliban. Ever,” he adds.

Saleh’s says they got into a convoy of a few armoured vehicles and two pickup trucks with guns mounted on them. The convoy was attacked twice on the way to Panjshir.

“We crossed the northern pass with great difficulty because it has become a lawless territory. Thugs. Thieves. Taliban. We were attacked twice, but we survived. We fought our way with determination,” he says. “When we reached Panjshir, we got a message that the elders of the community had gathered in the mosque. I spoke to them for an hour and afterwards each of them rose in support,” he adds.

“Has it been easy to take up resistance? Absolutely not. I’m in a difficult situation, no doubt. I’m not made of steel I’m a human being. I have emotions. I’m aware that the Taliban want my head. But this is history. And we are in the centre of the history,” he notes.