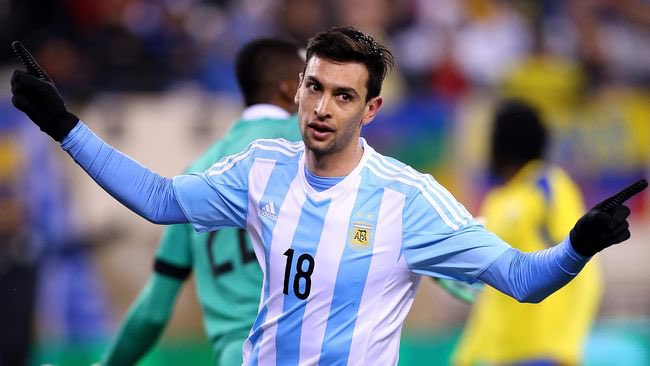 Javier Pastore has on Sunday signed with Elche as free agent after termination of his contract with AS Roma.

Pastore reached agreement with Elche until June 2022, According to Fabrizio Romano.

According to Tribal Football, Pastore managed to terminate his contract by mutual consent last week, allowing the club to save on his salary.

The Argentina international has officially now signed for Spanish side Elche.

The former PSG and Palermo star’s move was confirmed on Saturday.

Pastore began his club career with Talleres and then Huracán in his native Argentina before moving to Serie A team Palermo in 2009 for a reported transfer fee of €4.7 million.

In 2011, French side Paris Saint-Germain bought him for a reported €39.8 million.

He won numerous domestic honours with the club, including five Ligue 1 titles, before joining Roma in 2018, for a fee of €24.7 million.

Palermo club president Maurizio Zamparini had started a legal action over the matter, despite the Italian Football Federation (FIGC) prohibiting any Italian club from forming any ownership agreement with third parties, which Zamparini acknowledged risked a punishment for himself.

Pastore scored his first goal in a Ligue 1 match against Stade Brestois in a 1–0 win on 11 September 2011.