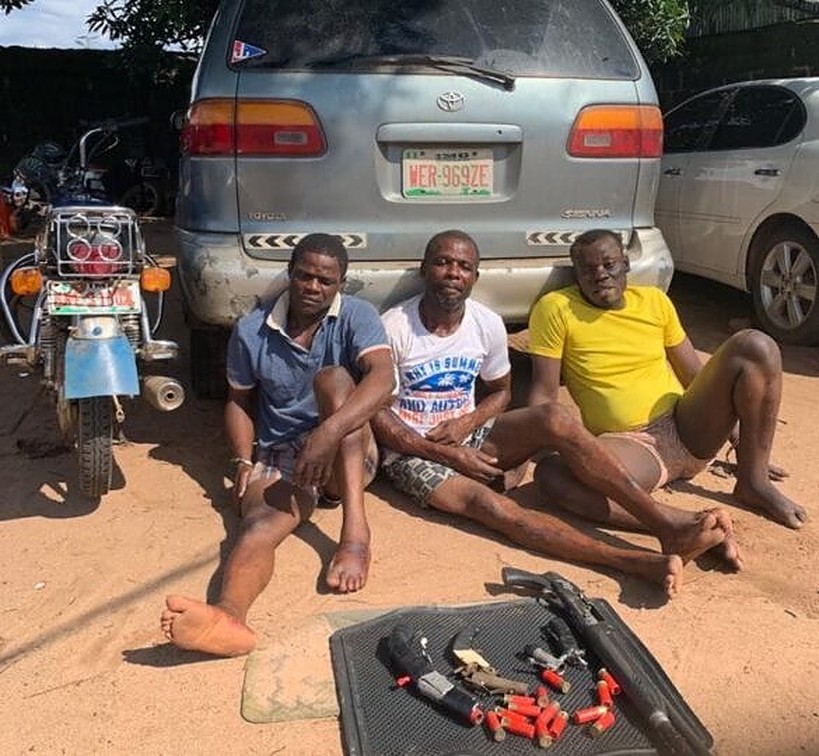 Rivers State Police spokesperson, Mr Nnamdi Omoni in a statement said the suspect was first nabbed in Imo State and taken into custody.

Ezekwu’s gang had on the 25th of August, 2021 killed his arch-rival, Amobi Oguzo, and his biological son.

According to the statement upon interrogation, Ezekwu made useful confessions and led the Police team to Ibaa Community, where one Ebere Amesi and other members of the gang were hibernating.

Mr Omoni revealed that on sighting the Police, Ebere Amesi and his gang engaged the Police in a fierce gun battle.

In the exchange of fire, both Goodluck Ezekwu and Ebere Amesi were caught in the crossfire.

The suspects were taken to the hospital and confirmed dead by the doctors.

Meanwhile, their corpses have been deposited in the Mortuary, while efforts have been intensified to ensure the arrest of the fleeing gang members and recover their weapons.

Mr Omoni also said that the commissioner of Police, Mr Eboka Friday condemned the attack on the Police.

He has directed the Commanders of the Tactical Units to beef up security in Ibaa Community and its environs.

He also called on the youths to shun Cultism.