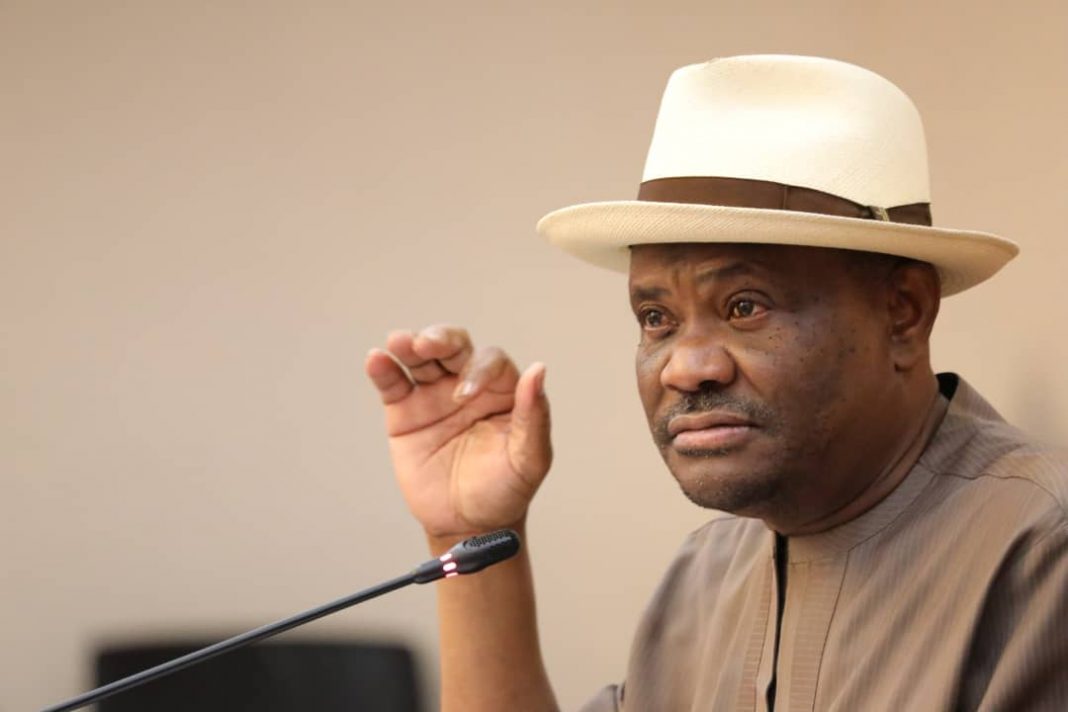 Gov.Nyesom Wike of Rivers on Monday threatened to re-impose the suspended COVID-19 lockdown measures if residents fail to comply with COVID-19 protocols.

Wike said this in a broadcast in Port Harcourt.

He said that daily figures released from the National Centre for Disease Control (NCDC) showed that both the transmission and death rates in the past two weeks had consistently been on the increase due to non-compliance by the residents.

He said that it remained the desire of the state government to keep the state open and allow citizens to go about their social, religious and economic activities unimpeded

He, however, warned that the government might be compelled to impose a lockdown if the residents continued to disregard the protocols.

“We may be constrained to re-impose the suspended COVID-19 lockdown measures across the state if the transmission of the disease continues to increase beyond tolerable limits,” he stated.

He observed that the state might face a serious health disaster of profound consequences if residents and visitors continued to behave as if the pandemic no longer existed or was impotent in Rivers.

“Accordingly, I wish to remind residents of the subsisting protocols on regular washing of hands and use of alcohol-based sanitiser; maintaining social distancing; wearing of face masks at all public places.

He included transport vehicles and “going for immediate testing and treatment whenever you notice any of the symptoms”.

The Governor appealed to all residents to protect themselves and their loved ones by taking the vaccine at the designated health centres in the 23 Local Government Areas of the State as they become available.

He said that it had been proved that vaccinations were safe.

“Those refusing to take the vaccines for no certified medical reasons should know that they are endangering the rest of the citizens.

“I also appeal to religious leaders and churches to convince and encourage their followers to please go out and take the vaccines and comply with the covid-19 protocols,” he appealed.

Wike also reiterated that the ongoing demolition of shanties was borne out of the compelling need to safeguard lives and property across the State.

According to him, the objective, which is gradually being achieved, is to deny criminals such places that they have used as sanctuaries and hideouts to embark on their criminal activities.

“We, therefore, refuse to be blackmailed by those unpatriotic elements who are trying to stir false ethnic, religious or tribal sentiments around our patriotic commitment to advance the safety and security of residents.

“We refuse to be intimidated by such baseless pranks, rather, we will not rest until we clear the State of all shanties wherever they are located, restore sanity to our environment; achieve a better sense of comfort and security for everyone,” Wike added.