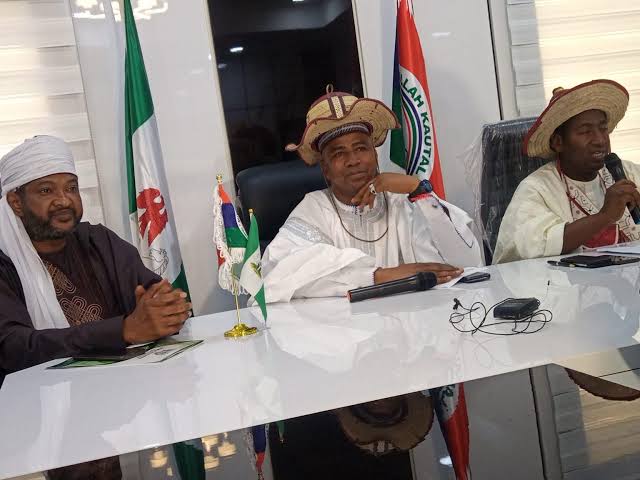 The Fulani socio-cultural association, Miyetti Allah Kautal Hore, has slammed the Katsina State Governor, Aminu Masari, for saying most bandits are of the Fulani ethnic stock as himself.

Masari had during a television interview on Monday decried the spate of attacks launched by suspected bandits, leading to abductions, murder and cattle rustling in the northern part of the country.

The governor had alleged many of the bandits are Fulani indigenes whose main occupation is cattle rearing.

“The majority of those involved in this banditry are Fulani. Whether it is palatable or it is not, that is the truth. I am not saying 100% of them are Fulani but the majority of them are, and these are people who live in the forest and their main occupation is rearing of cattle.”

However, speaking to SaharaReporters on Tuesday, the National Secretary of Miyetti Allah Kautal Hore, Saleh Alhassan, asked Nigerians to ignore the governor.

He said, “Did you take that drunkard serious? My governor, do you take him serious? Can’t you see that he is already tired? Records should come from security operatives, not a confused human being.

“He knows them now, is he not a Fulani man? All of them talking, they are stealing security votes, they should find solutions, create ranches for these herders and accommodate them.

“Which people do you find along the Sahel Sahara Desert? They are many tribes. Is it by physique that you now identify a Fulani man? The bandits are criminals, why should you attach tribe to it? That’s why we are not happy. You don’t need to attach a tribe because it will affect innocent persons.

“Forget that man, that man is the worst governor Katsina has had; we are just praying for his time to lapse.”