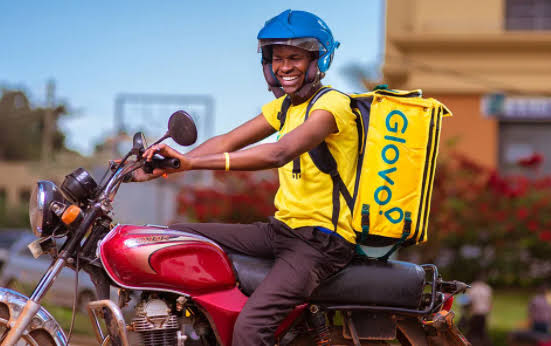 Spanish delivery app Glovo is expanding its operations in Africa, its leading region for growth, and plans to double its existing investment there to 50 million euros ($59.3 million) over the next 12 months, Reuters quoted its co-founder as saying.

Glovo’s overall revenues have doubled in the past six months, said Sacha Michaud, who is also vice-president of public affairs.

“Africa is a massive opportunity, (and) is going to be a key part of Glovo’s business going forward,” Michaud said. “We have been growing very well there and we believe we are in a position to lead the market.”
Glovo started operating in Nigeria around six weeks ago, in Lagos. It plans to enter Tunisia in October through a service in the capital Tunis, and last month expanded to a second city in Ghana, Tema.

Glovo plans to operate in around 30 countries within a year, with most new openings in Africa, where it is now to be found in six countries, he said, including Morocco, Uganda, Kenya and Ivory Coast.

Michaud said revenue growth had been fuelled by a steady rise in orders, with its quick grocery service being its fastest-growing unit.

The company is still making overall net losses, though it is operationally profitable in some markets, such as Southern Europe, he added.

Executives are still considering taking Glovo public within three years, he said, while stressing it wants to remain independent, and currently has a solid cash position after raising 450 million euros in April.

Michaud said he was not phased by weak infrastructure and the unpredictable regulatory environment in countries like Nigeria, insisting Glovo was in it for the long haul and that it hands autonomy to its local managers.

With food and drinks delivery service Jumia Foods – a unit of New York-listed e-commerce platform Jumia Technologies – as one of its main competitors in Africa, Michaud said he was confident Glovo could lead the market early on in Nigeria thanks to its multi-category approach.

Grocery sales account for half of its business in some African countries, he said.