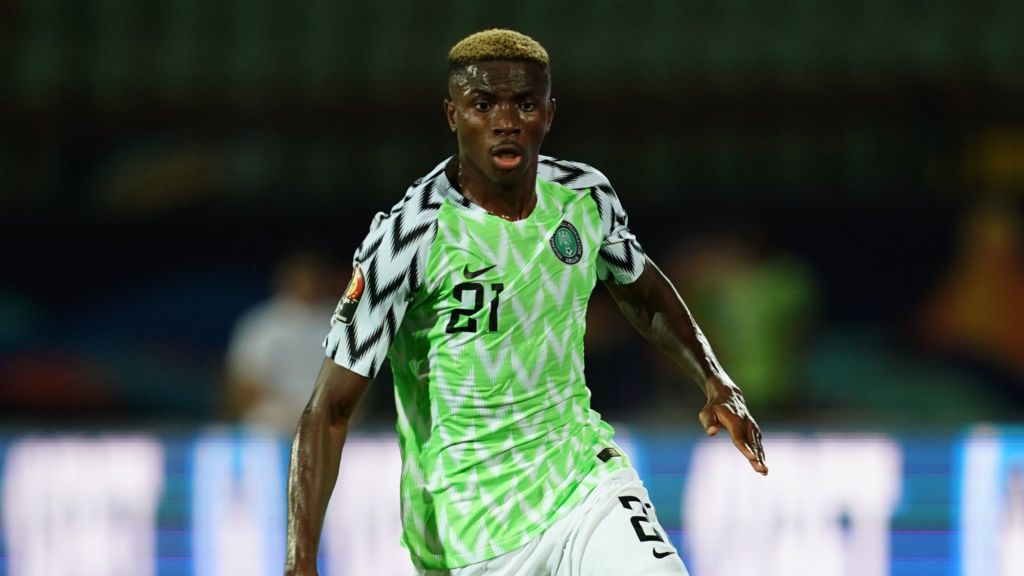 Nigeria came from behind to beat Cape Verde 2-1 in their 2022 FIFA World Cup Qualifying match on Tuesday.

Napoli hitman and Nigeria international, Victor Osimhen managed to find the back of the nest after missing opportunities to score in their last game against Liberia.

Osimhen scored from a defensive error inside Cape Verde penalty box inside 28 minute of the clock.

This came after the host has taken the lead through Dylain Tavares stunner in the 19th minute.

Nigeria continued to put Cape Verde under pressure but failed to add another goal as the first half ended 1-1 stalemate.

In the second half of the game, Nigeria continued to mounting pressures on the hosts’ defence which eventually forced in a goal.

Another defensive error saw the home team score an own goal on the 74th minute.

Their next game will be against Central African Republic on October 6th.

As it stands, only the group winners would advance to the third and final rounds.

The final round would determine the five African teams to qualify for the World Cup in Qatar.

Ahmed Musa made his 100th appearance for Nigeria after captaining today’s game.

Super Eagles were without their UK based players including Wilfred Ndidi and Kelechi Ihenacho following travelling restrictions made by the British government over COVID-19 concerns.