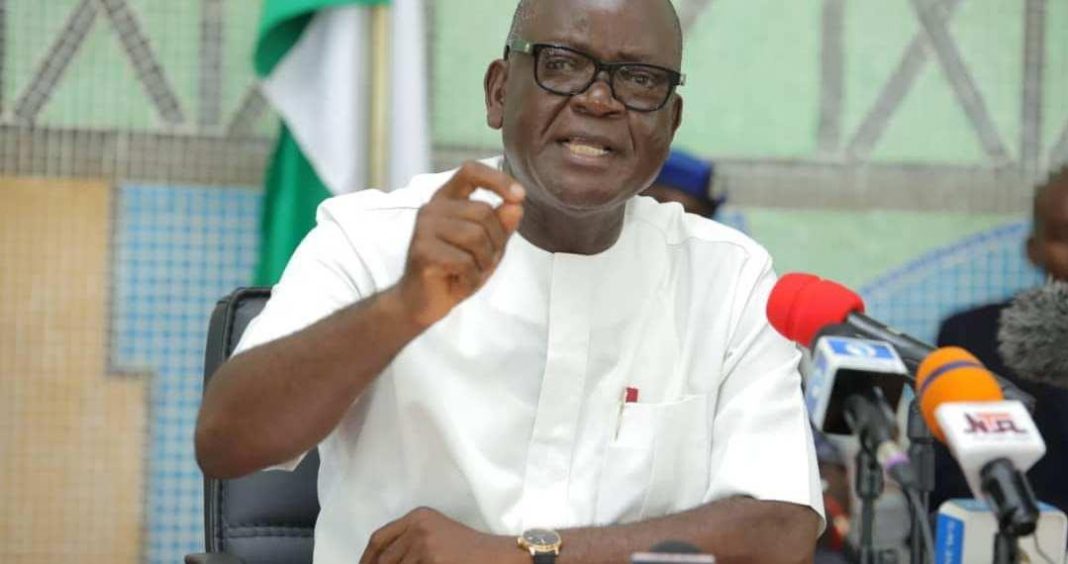 Benue State Governor, Samuel Ortom, has responded to the threat by the leadership of the Miyetti Allah that it will sue governors in southern Nigeria and the Middle Belt who enact the anti-open grazing ban in their states.

Ortom said he was not afraid of the Fulani socio-cultural group as he was prepared to meet them in court.

The governor’s reaction is contained in a statement issued by his Chief Press Secretary, Terver Akase, on Tuesday.

Ortom insisted that Benue State had no land for herdsmen to graze on and that the anti-open grazing law had come to stay.

The statement read, “It is laughable that Miyetti Allah has threatened to sue governors in southern Nigeria and the Middle Belt who enact the anti-open grazing law.

“What I will tell them is that I am not afraid of them and I am ready to meet them in any court of law.

“They can intimidate others but not me as I have never been afraid of them or their antics.

“I have told them repeatedly that Benue State has no land for open grazing. Let us meet in court and see who comes out the winner at the end of the day.

“Open grazing is neither on the exclusive nor concurrent list, so I don’t know on what basis they are going to approach the National Assembly.

“What Miyetti Allah does not know is that the National Assembly cannot enact laws for the state.

“The state has the power to make laws that will protect its citizens if it feels their lives are endangered.

“The National Assembly cannot go ahead and make laws as regards grazing because it is not on the exclusive or concurrent lists.

”Also, the resolution of the state government is not the law; it is the law of each state that is the law on the matter.

“Anybody who wants to challenge the law will have to pick on the state one after the other.

”They cannot challenge the resolution of the southern governors in court because it is not a justiciable matter.

“What they can challenge is the law enacted by the various states.”