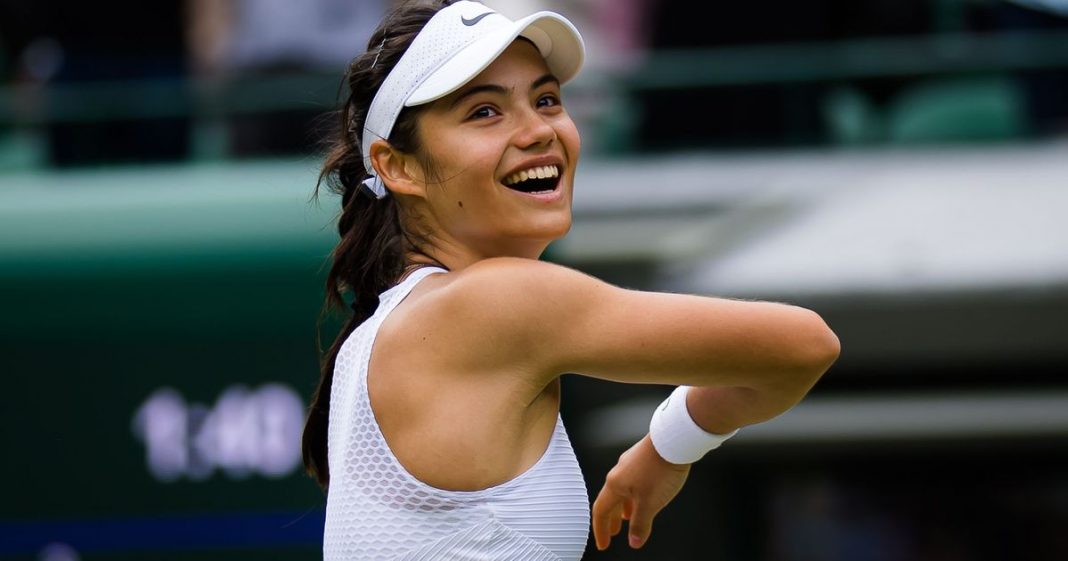 Down an early break, the 150th-ranked Briton recovered swiftly to win four straight games to close out the first set in which she had seven forehand winners and three aces.

Like Raducanu, Bencic had reached the last eight without dropping a set over the past nine days, but on Wednesday she struggled with her first serve and misfired a pair of costly double faults in the opening set.

A frustrated Bencic handed Raducanu a break with a double fault in the fifth game and her frustration boiled over as the match progressed, with the Swiss smacking her racket to the ground.

Down 0-30 in her final two service games, Raducanu kept her nerve on both occasions and soaked up the cheers of the New York crowd after triumphing in a nine-shot rally on the final point.

“Playing Belinda – she’s such a great opponent,” Raducanu said. “Her ball speed definitely caught me off guard because she hits the ball so hard.”

The 18-year-old, who reached the Wimbledon fourth round on her Grand Slam debut just two months ago, has so far won all 16 sets she has played from qualifying through to the semis.

She is the second teenager to make an impact in the women’s draw this week as 19-year-old Canadian Leylah Fernandez has also reached the last four.

“To have so many young players here doing so well just shows how strong the next generation is,” Raducanu added.

“Everyone is on their trajectory. I’m just here taking care of what I can control, and it’s my own journey at the end of the day.”

Raducanu arrived in New York after contesting three hardcourt events in the U.S. in the run-up to the season’s final major, finishing runner-up at the Chicago Challenger.

Despite the packed schedule, Raducanu has shown no signs of fatigue while demolishing opponent after opponent and believes the extra matches helped her.

“They were very good for me to adjust to the hard courts because it’s completely different to the grass. You get away with a lot less,” said Raducanu, who was born in Canada to a Chinese mother and Romanian father.

“After four weeks, I think that building up the levels at the tournaments, my game got better. With each higher level tournament I played, I had to raise my game.”

While Raducanu’s run at Wimbledon, where she played as a wildcard ranked 338th in the world, and now in New York has captivated tennis fans in Britain and the world over, she has kept her eye firmly on the job at hand by refusing to get caught up in all the hype.

“I have actually got no idea about any of the records at all. It’s the first time I heard today that I was the first qualifier to make the semis (at the U.S. Open). I had no idea before that,” she said.

“I’m not here to chase any records right now. I’m just taking care of what I can do at the moment and on the match ahead. Haven’t even started thinking about the next one yet.”