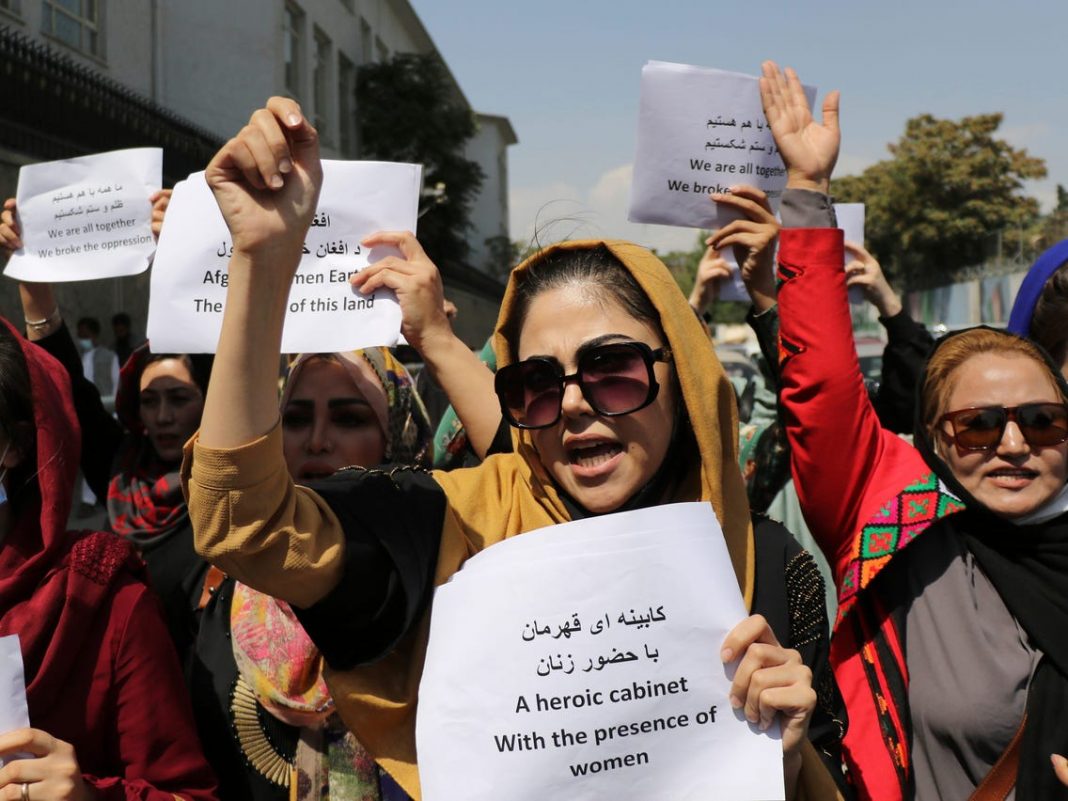 There have been reports of violence and brutality in protests around Kabul, the Afghan capital city, following the announcement of a male-only interim government.

According to reports, Taliban fighters used whips and sticks to brutalise women and journalists who were protesting against the announcement of the new Taliban government cabinet.

The latest demonstrations come a day after the Taliban cracked down severely on scores of demonstrators who marched in Kabul on Tuesday.

At the protest grounds, many could be seen waving placards inscribed with defiant messages against the patriarchal government. Some women could be seen with signs declaring “No government can deny the presence of women” and “I will sing freedom over and over.”

Others held placards with the image of a pregnant police officer who was killed in Ghor province a few days ago. The Taliban has, however, denied any involvement in her death, launching an investigation into the matter.

The fighters also beat a number of journalists covering the demonstration, according to witnesses.

One woman at Wednesday’s protest said: “We have gathered here to protest the recent announcement of the government where there is no women representation within this government.”

She said a few of the protesters were “hit with whips and they tell us to go to our homes and recognize and accept the Emirate. Why should we accept the Emirate while no inclusion or rights have been given to us?”

The women at the protests also said the Taliban had beaten youths watching the protest. One said that a “16-year old who left home to go to school, his school bag on his back, he was taken in and beaten up, he had bruises all over his body, his arms. He escaped but two or three Taliban were running after him.”

The editor of the online news outlet EtilaatRoz, Elyas Nawandish, posted photographs on Twitter showing images of two of his journalists who had been injured.

Marcus Yam, a journalist with the Los Angeles Times who was covering the protest, also confirmed threats of violence via his Twitter handle.

“While some tried to put their hands on me, there was one fighter that kept interfering and at one point muttered ‘foreigner.’ There were others standing around with their whips ready,” he said.

The Taliban have not commented on Wednesday’s protest.