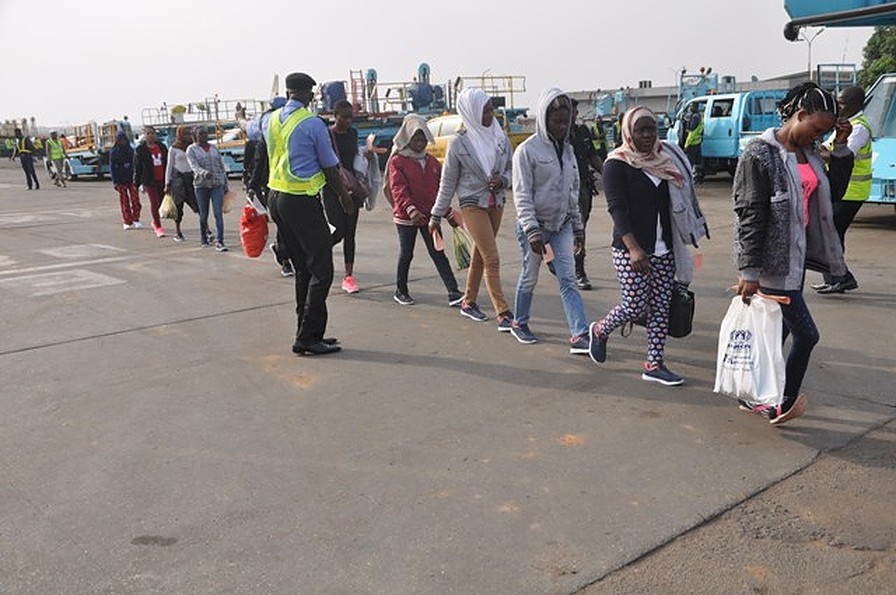 The National Agency for the Prohibition of Trafficking in Persons says it has rescued 350 Nigerians trafficked to Libya and arrested six traffickers.

The rescues and arrests occurred from January to date.

He spoke on the sidelines of a town hall meeting titled ‘Promoting local opportunities as an alternative to irregular migration’ organised by the International Organisation for Migration.

“The agency is committed to ensuring that human trafficking is reduced to the barest minimum, and we would ensure that it happens,” said Mr Alao.

“From January to date, we have rescued 350 Nigerians from Libya, who were victims of trafficking, and we have arrested six persons in connection to this.”

The NAPTIP zonal commander further revealed that the agency had begun a media campaign and community awareness at the grassroots, pointing out that people in rural areas are often “soft targets for traffickers.”

“We carry out media campaigns and a lot of community awareness to enlighten people in those areas of the dangers of irregular migration and its after-effects,” Mr Alao added.

“People need to understand the devastating effects of irregular migration, and it is always a different picture of what is painted by traffickers because they are only after their selfish interests.”

He urged Nigerians to report suspicious cases, human traffickers and trafficking in their communities.