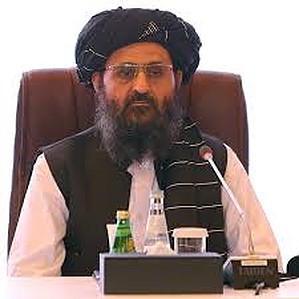 A wanted terrorist with a $10m US bounty on his head has been made Afghanistan’s interior minister as the Taliban announced a caretaker government packed with the movement’s old guard.

Sirajuddin Haqqani, the movement’s deputy leader, is accused of overseeing some of the worst atrocities of the militants’ insurgent campaign, but will now take control of a key ministry in the Taliban administration, Yahoo News quotes The Telegraph as having reported.

His position was announced as the Taliban set out a cabinet entirely staffed by the group’s members, despite vows to set up a broad-based new government.

The 33-strong line-up contains no women and is dominated by Taliban stalwarts from the Pashtun ethnic group.

But it is the appointment of Mr Haqqani, who carries a $10m State Department reward for information leading to his arrest, that is most likely to cause alarm.

The head of the notorious Haqqani network faction for more than a decade, he is blamed for indiscriminate bombings and attacks that have killed hundreds of civilians. He reportedly oversaw a 2018 suicide bomb attack in Kabul that killed 103 people using an explosives-filled ambulance.

Analysts said it was difficult to see how the cabinet choice would reassure international donors enough to resume frozen foreign aid, which is desperately needed to keep the Afghan government running.

Weeda Mehran, from the University of Exeter, said: “It is not inclusive at all. There are only a few non-Pashtun members and also I shouldn’t be surprised but it’s still a shock to see Sirajuddin Haqqani there.”