Those using EFCC to tarnish my name ahead 2023, are making a mistake – Yahaya Bello 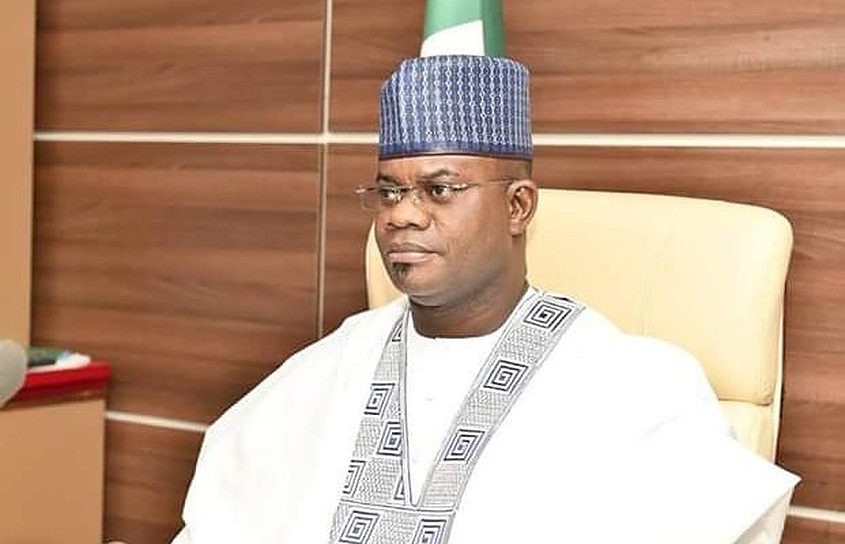 Yahaya Bello, governor of Kogi, says the case instituted against his government by the Economic and Financial Crimes Commission is “a joke taken too far”.

Bello said this on Tuesday while responding to questions from state house correspondents on the recent court judgement about a loan account allegedly linked to the Kogi government.

Last week, a federal high court sitting in Lagos froze a salary account said to belong to Kogi state, and domiciled with Sterling Bank Plc, over a N20 billion loan obtained from the bank.

Tijjani Ringim, the presiding judge, granted the order following an ex parte application brought by the EFCC, pending the conclusion of the investigation.

But the Kogi state government and Sterling Bank have denied the existence of the account in question.

Reacting to the development, Bello denied the existence of the account but said another bailout fund obtained by the government was in line with agreement reached with civil servants in the state.

“I think it’s just a misrepresentation of facts or a joke taken too far.

“My information commissioner and all those that are concerned with the lies peddled by the EFCC, I think they have responded appropriately. And I will urge every Nigerian to please go to the Kogi state website. All the facts are there.

“The bank has denied that we have such an account. And besides that, the bailout fund that we obtained, we appropriated in line with the agreement and understanding between the Kogi state government and the workers.

“All of these were done and finished in the year 2019. So first, there’s no N20 billion account, or N19 billion; no fixed deposit account. So, I don’t know where the lie is coming from.

“As a person, I came into this office with my integrity high. And I will leave this office of government with higher integrity. All of my names that are ringing bells everywhere across the world today, you will know that actually I earned these beautiful names, not because of stealing. I will never touch one kobo of Kogi state and I will never allow any of my officials to do so.

Bello, who spoke with state house correspondents after a meeting with President Muhammadu Buhari, said he was in Abuja to appreciate the president for recognising Kogi as an oil-producing state.

“I came to see our father, Mr. President, to appreciate him on behalf of the good people of Kogi state that today, Kogi is the first Nigerian northern state to be referred to as an oil-producing state,” he said.