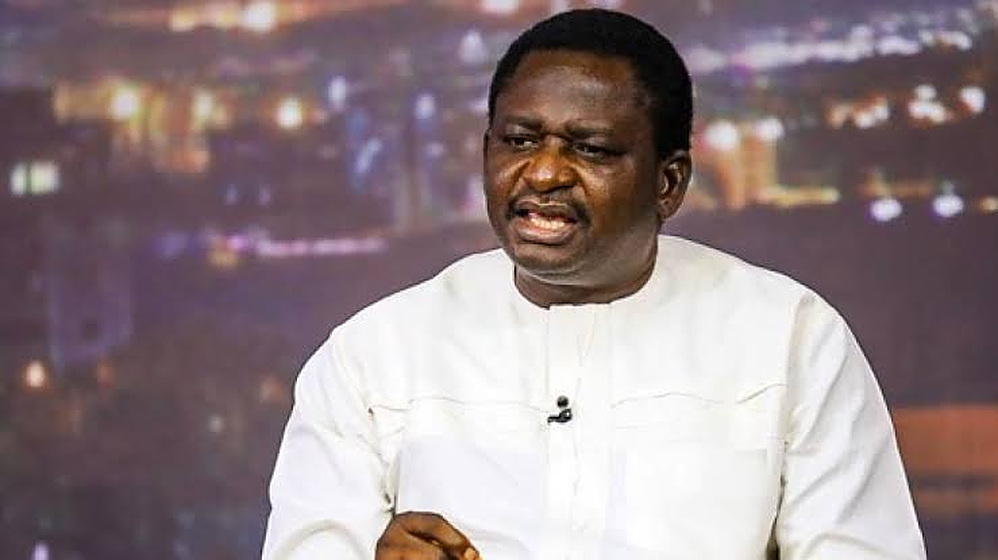 Adesina in an article on his Facebook wall on Thursday titled, “I like this pampering. Don’t you?”, described Gumi as a “bandit-lover”.

Though he did not mention Gumi’s name, Adesina quoted the cleric’s statement verbatim, noting that Gumi’s position on the military bombardment of the bandits is “false”.

Adesina while reacting to Gumi’s article said bandits are going to hellfire.

He wrote, “Before they got to this sorry pass, they had the chance to turn a new leaf. Zamfara, Katsina, and many other states offered dialogue. The governments tried to negotiate with them. But they were contumacious.

“Like dogs fated for destruction, they refused to hear the hunters’ whistle. They filled the land with sorrow, tears, and blood, ‘dem regular trademark’ (as Fela Anikulapo-Kuti would say). Now, the shoe is on the other foot.

“In the different evil forests, when the Nigerian Air Force strikes from the sky, the remnants of the evildoers not killed immediately attempt to flee. The ground troops then pick them off like flies. I say it again. One has never been prouder of our troops. They are cleaning up the country.

“Shocking and disconcerting, however, that in the middle of all these, you still hear words meant to discourage our gallant soldiers. A bandit-lover is on record as saying a military offensive would not work, and that the bandits “are going nowhere.” True? False. They are going somewhere. And that is: hell.”