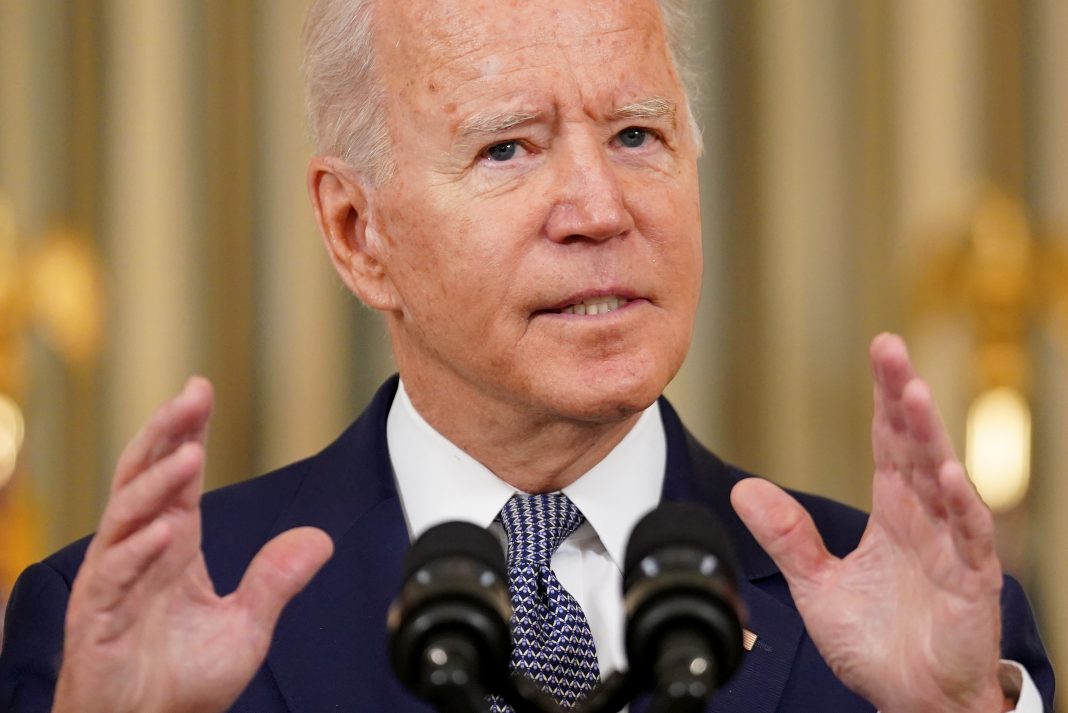 US President Joe Biden on Thursday will outline new steps to try to control the Covid-19 pandemic, which is raging across the country despite the widespread availability of vaccinations.

One measure he is expected to unveil is a requirement for all federal employees and government contractors to be vaccinated.

Mr Biden will reportedly sign an executive order requiring the vaccinations, marking a significant hardening of the administration’s position on vaccine mandates amid the Delta variant surge that is threatening to overwhelm hospitals in parts of the US, particularly in southern states with low vaccination rates.

In a speech, the president is expected to also outline plans to enhance protection for those who have already had shots and to keep schools open, a White House official said.

“We know that increasing vaccinations will stop the spread of the pandemic, will get the pandemic under control, will return people to normal life,” White House Press Secretary Jen Psaki told reporters on Wednesday. “We have more work to do and we are still at war with the virus.”

Mr Biden has encouraged Covid-19 vaccine requirements in settings such as schools, workplaces and university campuses, and the White House hopes the strengthened federal mandate will inspire more businesses to follow suit.

Increasing infections have raised concerns as children head back to school, while also rattling investors and upending company return-to-office plans.

A little over 53 per cent of Americans have been fully vaccinated, including almost two thirds of the adult population, data from the Centres for Disease Control and Protection show. The disease has killed more than 649,000 people in the US.

With many Americans still sceptical of the shots, the White House has already announced plans to give those who are fully vaccinated booster shots for additional protection.

In doing so, they have rejected arguments from the World Health Organisation and other advocates that say rich countries should hold off on booster shots before more people worldwide have been inoculated.