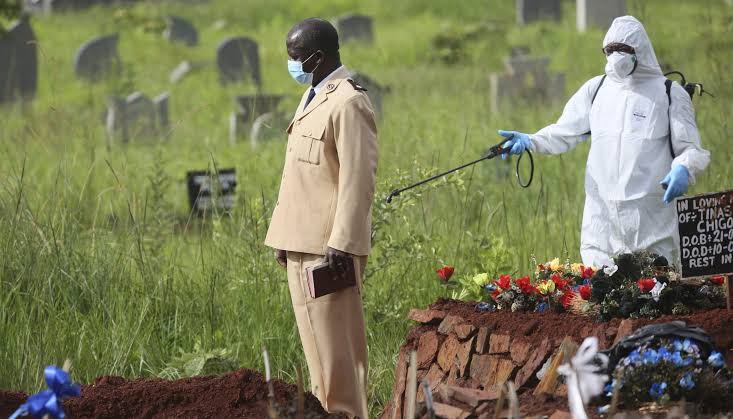 Nearly 90 percent of Covid-19-related deaths were of people who had not been vaccinated, Zimbabwe legislators heard on Wednesday.

He said this in the National Assembly while responding to questions from backbenchers.

He said the research was based on an analysis of mortuary data from 207 deaths.

“Out of the 207 people who died and had post-mortem done, 90 percent of them were unvaccinated. So we are saying we should be vaccinated to avoid unnecessary deaths,” said Dr Mangwiro.

He said while vaccination did not guarantee eternity, it was the way to go.

Dr Mangwiro was responding to Norton legislator Temba Mliswa, who sought to discredit the vaccination exercise.

The Government, said Dr Mangwiro, was determined to attain herd immunity — a threshold of the required population which minimises the cycle of transmission of the virus.

Achieving herd immunity helps the country to run the economy effectively and efficiently.

Over 1,7 million people are now fully vaccinated in Zimbabwe, and the number is expected to rise by about one million in the next 30 days.

Turning to recruitment of nurses, Dr Mangwiro said they were going to decentralise the process to take on board all eligible people from all provinces.

At the moment, the process is being done electronically, but the ministry has discovered some anomalies such as excluding other provinces and interest groups.

Meanwhile, Women’s Affairs, Community and Small and Medium Enterprises Development Minister Dr Sithembiso Nyoni said they had come up several interventions to assist those being subjected to gender-based violence.

“We have developed safe homes and toll centres and the First Lady (Auxillia Mnangagwa) has also developed call centres for people to call,” she said.

“We are also working with civic society to stop it. But the most important thing is that we need to come together and solve differences amicably.”

Parliament has resumed physical meetings following the relaxation of lockdown measures on Tuesday by President Mnangagwa.

Deputy Speaker of the National Assembly, Cde Tsitsi Gezi, said only vaccinated legislators and staff would be allowed.

Those not vaccinated, but keen to attend will have to produce a PCR Covid-19 test with negative results.

Before the latest announcement, Parliament had banned physical meetings, directing that only virtual meetings be conducted.