I want you, I’ve got my eyes on you, Emmanuel tells Angel 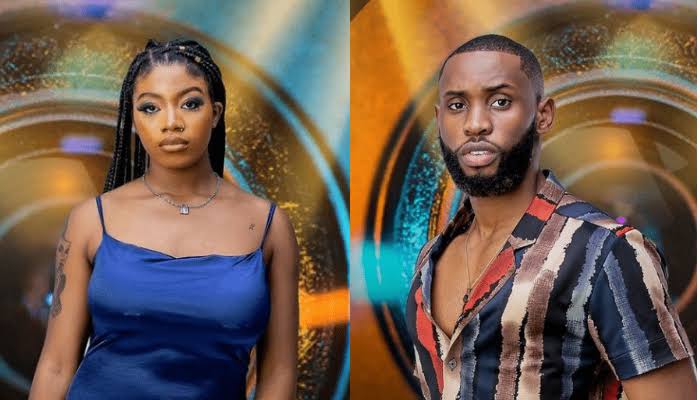 Emmanuel, Big Brother Naija season 6 contestant, has confessed that he prefers Angel because she is intelligent.

This was said by Emmanuel during a talk with Angel

Angel had inquired from Emmanuel as to why he finds it difficult to look her in the eyes whenever they are conversing.

Emmanuel replied that she knew why, but that he couldn’t say much due of his current living condition.

“You know, you have a fascinating personality, and I’m interested in you since you’re intelligent. I’m usually drawn to intelligent women.

READ ALSO: BBNaija: What I did with Boma under the duvet — Tega

Angel responded by telling him to be upfront about what he wants and that she understands why he doesn’t want to be clear about his intentions.

“If you don’t tell me why you’re watching me, I’ll keep asking,” she said.

Meanwhile, Liquorose and Emmanuel appeared to be on a ship and are regarded as the house’s most serious couple.

They appear to be the only pair in Bigge’s house who appears to be in a serious relationship, as they have often declared their love for one another.

They also do everything that close couples do and are nearly always seen together.

To the surprise of fans at home, Liquorose revealed that she was not in a relationship with Emmanuel.