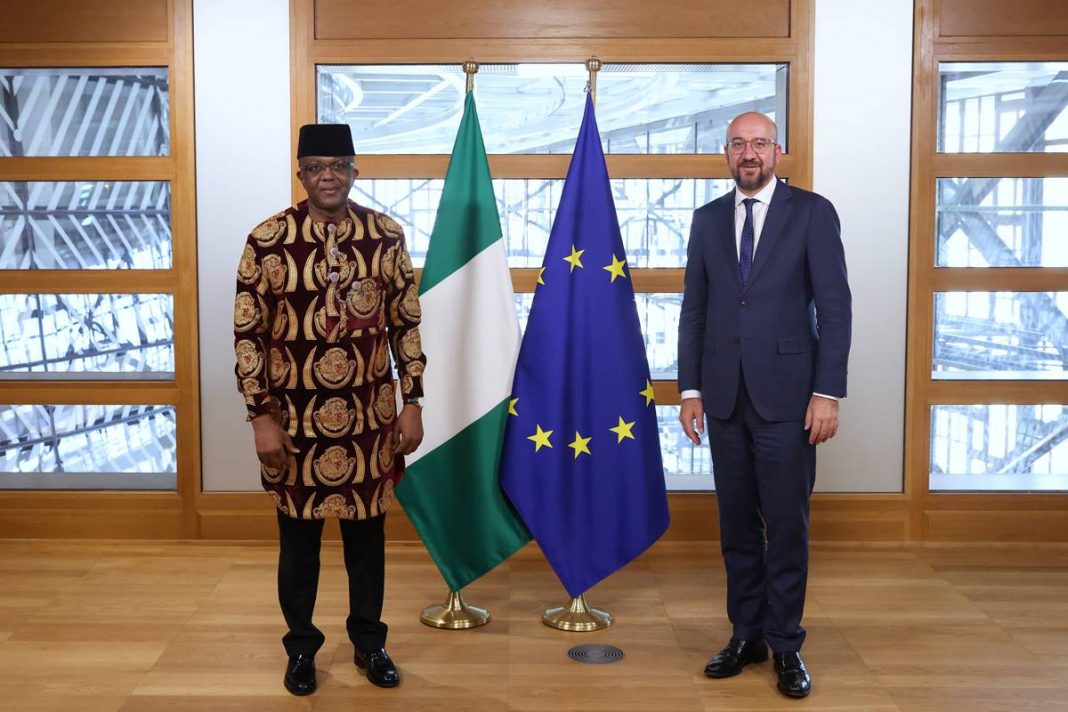 Onowu made this move in Brussels when he presented his Letters of Credence to the President of the European Council, Charles Michel.

Amb. Onowu while presenting the letter called on the business community in Belgium and Luxembourg to make Nigeria their investment destination.

He further expressed his desire to explore ways to cement the relationship between Nigeria and the European Union.

After the presentation of Letters of Credence, Ambassador Onowu also held a bilateral discussion with Charles Michel. Details of the meeting were not released to the media, but it is believed that it would centre on Nigeria- EU road map.

Before the meeting with the EU Council, Ambassador Onowu had also met and presented Letters of Credence to Ms Ursula von der Leyen, President of the European Commission.

Also last week, Onowu hosted members of Belgium Luxemburg Nigeria Chamber of Commerce (BLNCC) at an event tagged “Ambassador meet and Greet” in Brussels where he called on the business community in Belgium and Luxemburg to invest in Nigeria.

According to him, Nigeria is not only a major investment hub, but the largest economy in Africa adding “a country that had just crawled out of recession last year in the first quarter of this year recorded 0.5 per cent growth in its GDP and 5.01per cent in the second quarter; this a huge plus to Nigeria’s economy, particularly with the 5.01 per cent growth recorded in the second quarter, 92 per cent of which was from the non-oil sector”.