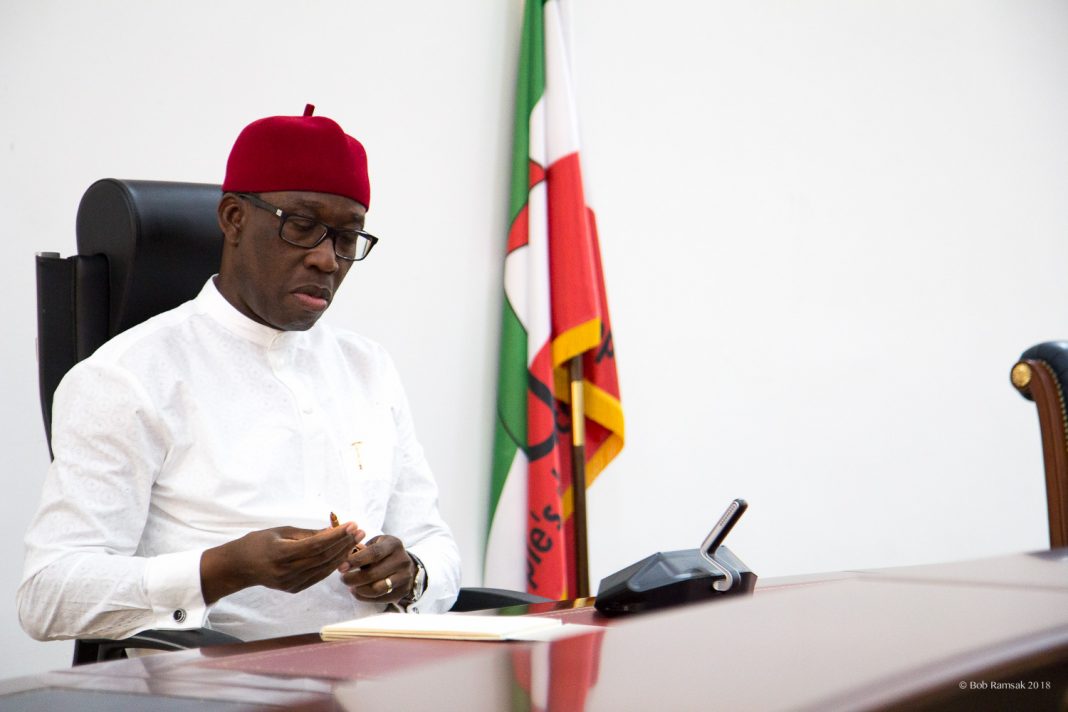 The Delta state government has announced that it would dedicate 80 per cent of its 2022 budget to the completion of ongoing projects across the state.

The state Commissioner for Economic Planning, Dr Barry Pere-Gbe, disclosed this on Thursday at the resumed budget defence by state Ministries, Departments and Agencies (MDAs) in Asaba.

Pere-Gbe said the projections for the 2022 fiscal year of N425 billion had shown an estimated 10 per cent growth over the 2021 approved budget of N383.95 billion.

He said that the increase was brought about by, among other factors, the establishment of three new universities in the state.

‘’In line with the principles of participatory democracy, we interact with the public and also with the MDAs.

“We believe that budgeting should be a bottom-up approach in governance. This means that it should come from the people. The Okowa administration is a government that intends to finish strong.

“We have just the 2022 budget to look at and so the engagements have enabled us to know the build-up towards what we will be finishing with.

“It is a budget that will be N425 billion tentatively which is a growth from the 2021 budget. In the year 2022, we will be able to complete so many of the facilities across the three new universities. The budget size of the Ministry of Higher Education will grow far beyond what it is today.

‘’I expect a 200 per cent growth in the subsequent budget, to complete a lot of the facilities in the new universities so that we can pursue accreditations in the institutions,’’ Pere-Gbe said.

Also, the Commissioner for Information, Mr Charles Aniagwu said that the Gov. Ifeanyi Okowa-led administration favoured a bottoms-up approach in preparing the 2022 budget to capture the aspirations of the people.

While presenting his ministry’s budget, Aniagwu noted that it was an audacious budget proposal that was intended to reposition the state media outfits and their coordinating ministry.

According to him, the ministry’s budget would enable it to consolidate the legacies of Governor Okowa for posterity.