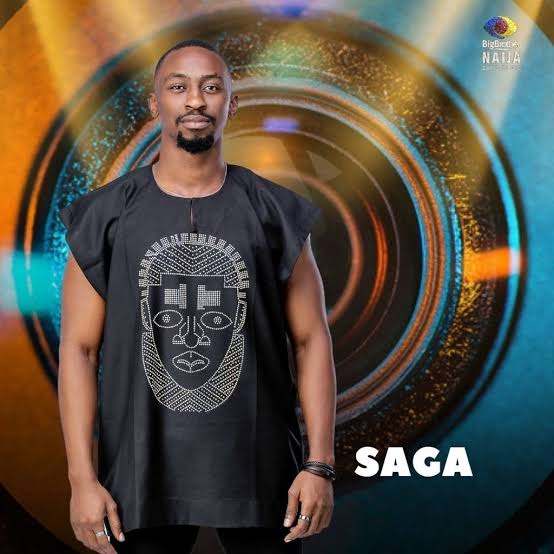 Saga, Big Brother Naija, Season 6 contestant, has reacted to speculations that he might request a voluntary exit if his love interest, Nini, gets evicted from the program.

According to internet rumors, Saga warned Biggy that if Nini was expelled from the show, he would request a voluntary exit.

Saga is thought to be totally over heals in love with Nini because he has declared his love for her multiple times despite being told that she is in a serious relationship outside the house.

READ ALSO: BBNaija: What I did with Boma under the duvet –Tega

”It’s even more repulsive that some blogs/media sites are being utilized to spread such heinous deeds. ” It has come to our attention that erroneous information about a statement Saga made has been circulating on social media. This is to inform the audience that Saga has never stated anything like that, and that his head is very much in the game, as he expressed during his Monday diary session.

”This behavior is intended to dissuade people from voting and to divert attention away from his team. Please accept this as a formal notice dispelling such rumors. Saga deserves to be in the house, SAGANG! Let us not be distracted and instead focus on our VOTES. We can’t be shaken by bogus news.”

“It is apparent that some individuals are trying overtime merely to damage Saga’s image and distract us from VOTING because they feel threatened by his strong personality,” his management claimed in an Instagram post.