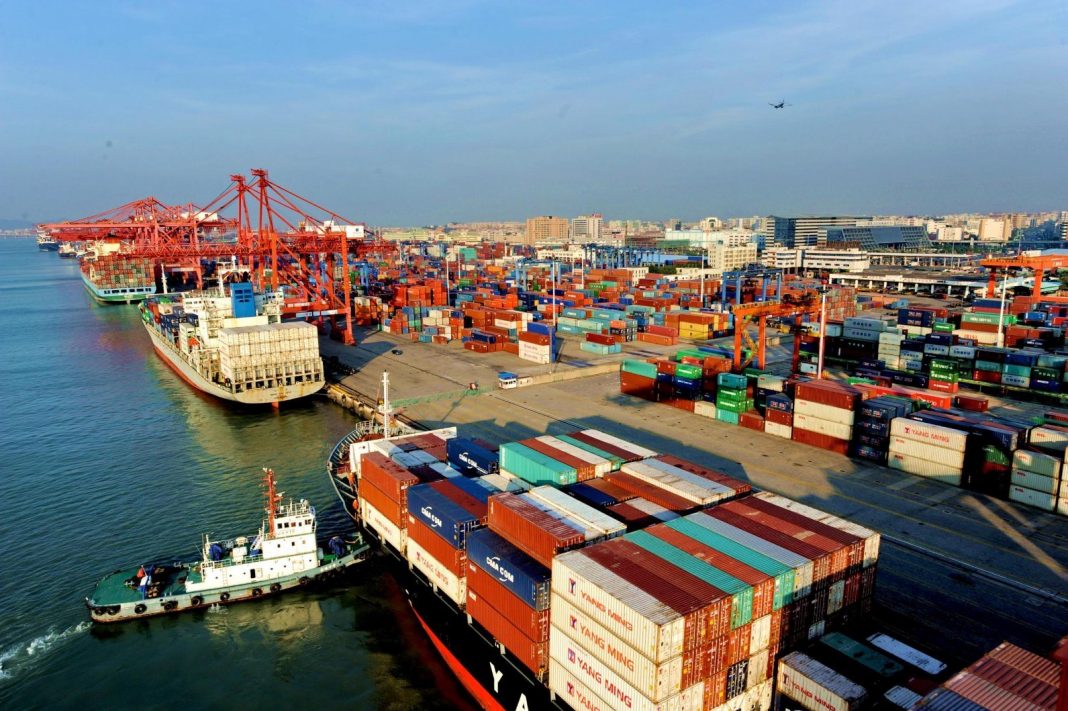 Musa made this known at a media conference in Lagos.

He said that the command, during the same period last year, generated N248.89 billion.

The comptroller said that a comparative analysis of revenue collection for the two periods indicates a difference of N72.06 billion, representing an improvement of 28.63 per cent.

“In the period under review Jan. 1 to Sept. 9, Tincan Island Port (TCIP) Command’s operation aligned with the statutory obligations of the NCS which include revenue generation, trade facilitation and protection of national borders.

“To achieve our strategies goals, the TCIP Management Team devised and implemented strategies that enhanced the command’s ability to mitigate threats of non-compliance as well as the challenges of inadequate logistics and infrastructure at the Ports hitherto.

“Committed efforts were made to strengthen our operational activities through compliance monitoring, deployment of NICIS II, One-Stop-Shop, Dispute Resolution Committee and stakeholder engagements,” he said.

As regards export, he said that the command’s January to August returns on Nigeria Export Proceed for commercial exports indicated a total of 1,497,897.1 Metric Tonnes of goods with a free on board value of N82.5 billion.

He said that the export was generally agricultural products and manufactured goods.

Musa said that as a practical step, the command created and operated several platforms like Fast Track Facilities, the Dispute Resolution Committee (DRC) use of valid bank bond for taking delivery of consignment with contentious issues, the resuscitated Help Desk etc for expeditious Cargo delivery.

He said that the command had mapped its stakeholders into segments, with a view to engaging with each group in a way that works best for them.

“The regular engagements with stakeholders help us to foster connections, trust, confidence and buy-in for the command’s core statutory mandates,” he said.

Musa said that as regards anti-smuggling, the drive had been re-jigged through intelligence sharing with other critical agencies like the National Drug Law Enforcement Agency, Standard Organisation of Nigeria and others.

“In addition, the command in conjunction with NDLEA also seized 43.110kg of cocaine/military uniform/used clothes, Cartons of expired Chloroquine Injections etc. with a Duty Paid Value of N93,829,829.

“Recently, the command discovered a pistol with its magazine concealed in a compartment of an imported vehicle among others,” he said.

Musa said that just yesterday, the command made a seizure of a 1 x 40ft container with 150 arms and ammunition.

He said the command had also seized 600,000 bottles of Barcadine brand of codeine among others.

He said that there were challenges in infrastructure and logistics such as poor access roads, network connectivity, electricity and non-availability of government warehouse facilities.

The comptroller said these continue to threaten the achievement of an enabling business environment at the port.

He said that these challenges resulted in gridlock affecting the movement of import/export laden containers and empty containers to and from the ports.

This, according to him, leads to a shortage of storage space at the terminals.

“We are optimistic that all things being equal, the command will meet its revenue target for the year,” he said.