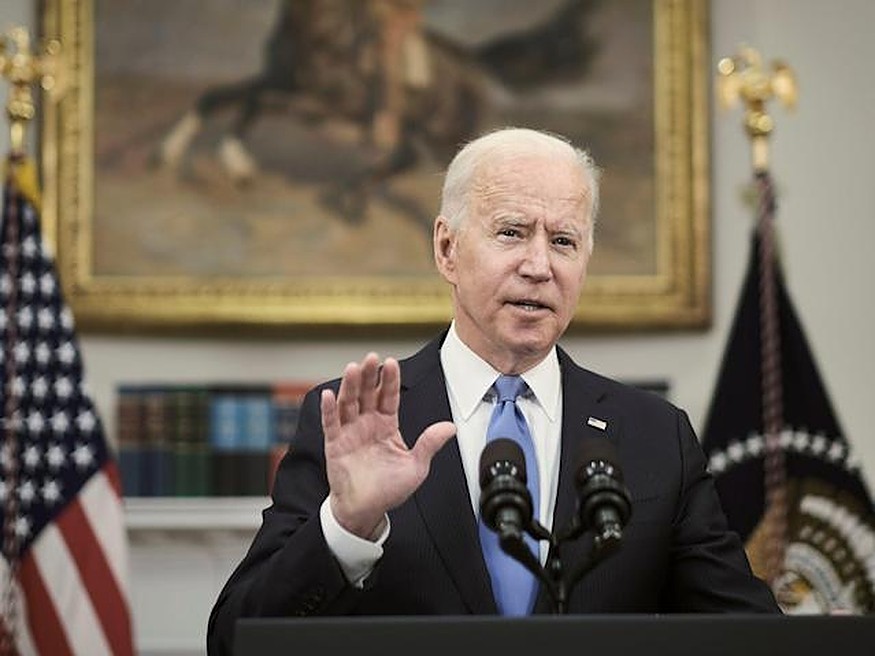 The US president is also signing an executive order to require vaccination for employees of the executive branch and contractors who do business with the federal government. (TRT World)

US President Joe Biden has announced sweeping new federal vaccine requirements affecting as many as 100 million Americans in an all-out effort to increase Covid-19 vaccinations and curb the surging delta variant.

Speaking at the White House on Thursday, Biden emotionally laid into the roughly 80 million eligible Americans who are not yet vaccinated, despite months of availability and incentives.

“We’ve been patient, but our patience is wearing thin. And your refusal has cost all of us,” he said, all but biting off his words. The unvaccinated minority “can cause a lot of damage, and they are.”

The expansive rules mandate that all employers with more than 100 workers require them to be vaccinated or test for the virus weekly, affecting about 80 million Americans. And the roughly 17 million workers at health facilities that receive federal Medicare or Medicaid also will have to be fully vaccinated.

Biden is also signing an executive order to require vaccination for employees of the executive branch and contractors who do business with the federal government – with no option to test out. That covers several million more workers.

Biden announced the new requirements in a Thursday afternoon address from the White House as part of a new “action plan” to address the latest rise in coronavirus cases and the stagnating pace of Covid-19 shots that has raised doubts among the public over his handling of the pandemic.

Just two months ago Biden prematurely declared the nation’s “independence” from the virus.

Now, despite more than 208 million Americans having at least one dose of the vaccines, the US is seeing about 300 percent more new Covid-19 infections a day, about two-and-a-half times more hospitalisations, and nearly twice the number of deaths compared to the same time last year.

“We are in the tough stretch and it could last for a while,” Biden said of the current state of the pandemic.

After months of using promotions to drive the vaccination rate, Biden is taking a much firmer hand, as he aides blamed people who have not yet received shots for the sharp rise in cases that is killing more than 1,000 people per day and imperilling a fragile economic rebound.

He said the country could not afford to let the “unvaccinated undo this progress.”

Biden announced that the federal government will work to increase the supply of virus tests, and that the White House has secured concessions from retailers including Walmart, Amazon, and Kroger to sell at-home testing kits at cost beginning this week.

And Biden will call for large entertainment venues and arenas to require vaccinations or proof of a negative test for entry.

The requirement for large companies to mandate vaccinations or weekly testing for employees will be enacted through a forthcoming rule from the Occupational Safety and Health Administration that carries penalties of $14,000 per violation, an administration official said.

The White House did not immediately say when it would take effect, but said workers would have sufficient time to get vaccinated.

The rule would also require that large companies provide paid time off for vaccination.

Meanwhile, the Centers for Medicare & Medicaid Services will extend a vaccination requirement issued earlier this summer – for nursing home staff – to other healthcare settings including hospitals, home-health agencies and dialysis centers.

Separately, the Department of Health and Human Services will require vaccinations in Head Start Programs, as well as schools run by the Department of Defense and Bureau of Indian Education, affecting about 300,000 employees.