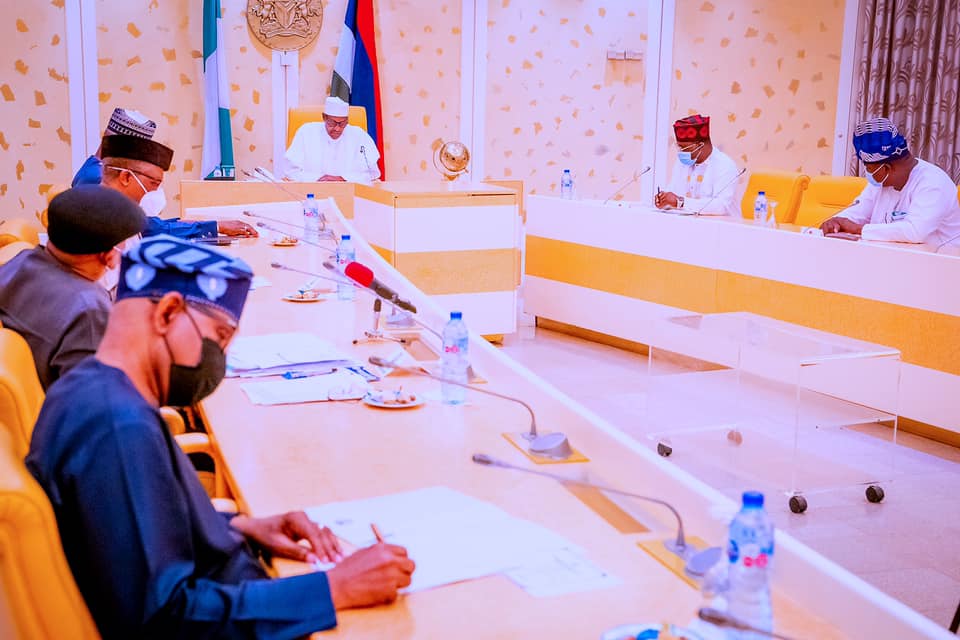 President Muhammadu Buhari on Friday met with members of the Nigerian Medical Association, 40 days after the National Association of Resident Doctors started its strike.

The meeting held at the State House, Abuja, according to a statement by the President’s Senior Special Assistant on Media and Publicity, Garba Shehu.

“The lives of citizens that could be lost or damaged when doctors withdraw services are precious enough to be worth opting for peaceful resolution of differences,’’ Buhari said, canvassing negotiations instead of strike.

Buhari said the outstanding issue of an Establishment circular issued by the Head of Service, removing House officers, NYSC Doctors from scheme of service had an addendum circular from National Salaries and Wages Commission to clarify that they will continue to earn the wages attached to them on their present wage structure.

Minister of Health, Ehanire, said the NMA had been playing a critical role in the development of the health sector, particularly in tackling pandemics, participating in policy formulation and population health.