Tickets for Ronaldo’s return to Manchester United vs Newcastle hit £2,000 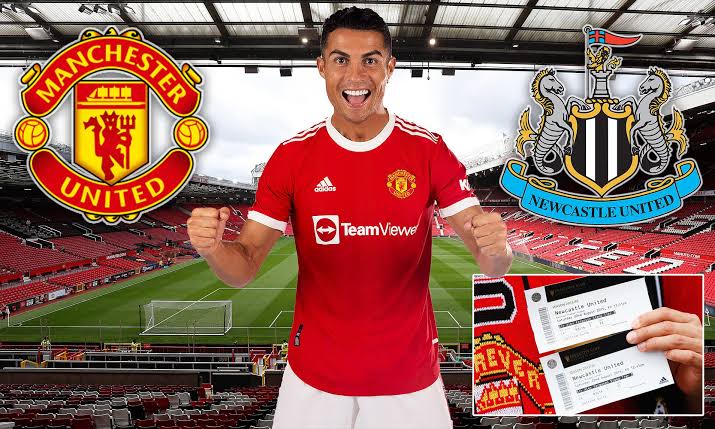 Tickets are being resold for Cristiano Ronaldo’s first appearance of his second spell at Manchester United for over £2,000 by third-party sellers. (The Athletic)

Ronaldo, 36, returned to United from Juventus on a two-year contract this summer. After completing his self-isolation period, the five-time Ballon d’Or has been training with the club this week and is anticipated to make his second debut against Newcastle United on Saturday.

With fans eagerly awaiting his return, tickets for matches at Old Trafford have been in high demand. The official allocation for the game on Saturday is sold out, but ticket resale websites have listed prices as high as £2,049 for the game.

As of Thursday, online ticket resale vendor Live Football Ticket has 159 tickets available with prices ranging from £299 to £722.71. Meanwhile, tickets can be found on another resale website, Viagogo, for £2,049.

United have advised supporters to not purchase tickets through third parties, saying that it may cause issues at admission and ultimately, cost fans a lot of money.

“We strongly discourage fans from purchasing tickets from unauthorised sources,” a spokesman told The Times.

“These tickets are often invalid, leaving fans out of pocket, disappointed, and unable to see the game.”