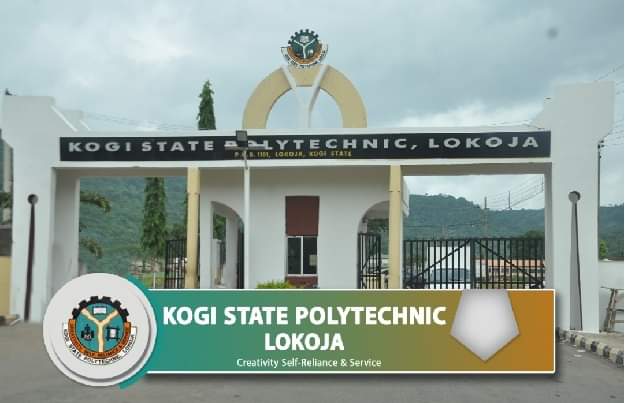 The Rector, Kogi State Polytechnic Lokoja, Dr. Usman Salisu Ogbo, has announced the suspension of a lecturer in the institution for allegedly forcing students to buy textbooks before they would pass their examinations.

Dr. Ogbo disclosed this when the President, National Association of Nigeria Students, Sunday Asefon; alongside his entourage, paid the management of the polytechnic a courtesy visit .

The Rector, who did not mention the name of the lecturer, said that it was a clear case of injustice to the educational system for any lecturer to impose textbooks or handouts on students before they could pass examinations.

He explained that some “forces” in the polytechnic who were against his transformation agenda made several efforts to truncate the ban on the sale of textbooks to student but failed.

While reiterating the position of the current management towards building an institution that is accessible for all irrespective of class or position in the society, Dr. Ogbo also announced the transfer of a particular head of department whose stay in that position was allegedly questionable.

“We had cases whereby some lecturers will insist that if students fail to buy their textbooks, they would fail their examination.

“We also have cases whereby those students that bought books and those that did not buy will be separated. This is pure wickedness.

While describing NANS leadership visit as very historic, Ogbo thanked Governor Yahaya Bello of Kogi State for giving him the opportunity to serve stressing that the Governor is a detribalized leader who will change the fortunes of this country if elected.

He thanked the Governor for providing N268 million to renovate the school hostel, said the money was judiciously used for the purpose intended geared towards reducing the sufferings of the students.

Earlier, NANS president, Sunday Asefon, on behalf of over 41.1million students both home and abroad passed a vote of confidence on the Rector, Kogi State Polytechnic, Dr Salisu Usman Ogbo for his exemplary leadership in transforming the institution

Asefon lauded the Rector for the uninterrupted academic calendar saying, ‘ since he came on board, examination has been going on as at when due”.

The NAN president said they are in the polytechnic to celebrate the achievements of the Rector in the last one year explaining that there is need to celebrate the current Rector because he has transformed the institution despite his short stay in office.

Speaking further, the NANS President said ” Two year ago, whoever that is passing through this federal road, you won’t know if their Is a Polytechnic here. But today, things have changed. For you to change the institution from glorified primary school to a 21st Polytechnic is very commendable.

“Before now, the institution hostel was not habitable for animals. But you came to change the narrative as such, you deserve our commendation” he added.

Asefon explained further that, ” it is on record that there is a rector in the history of the country that stopped lecturers from selling text books and extortion of students. This is what we want because of the economic reality in the country”.