Lewandowski was taken off, to get set for Barcelona – Nagelsmann 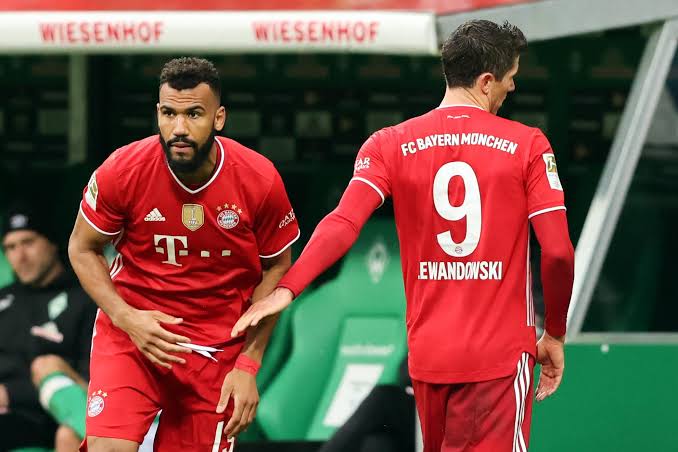 Serge Gnabry and Robert Lewandowski were both substituted with injuries in FC Bayern’s Bundesliga match against RB Leipzig (4-1) on Saturday.

However, the head coach, Julian Nagelsmann has given an update that Robert was substituted as a visionary tactics for him to rest ahead of Tuesday face-off against old customer, Barcelona.

Though, there are concerns about groin discomfort, but Nagelsmann maintains it’s nothing serious.

Nagelsmann said: “Serge has problems in his back, back pain, so we had to take him off. I can’t give a prognosis for Tuesday yet.

The doc has already treated him extensively, we have to see in the next few days,” Julian Nagelsmann said after the final whistle.

“Lewy has a bit of trouble in his groin. His substitution was precautionary,” the Bayern head coach added.