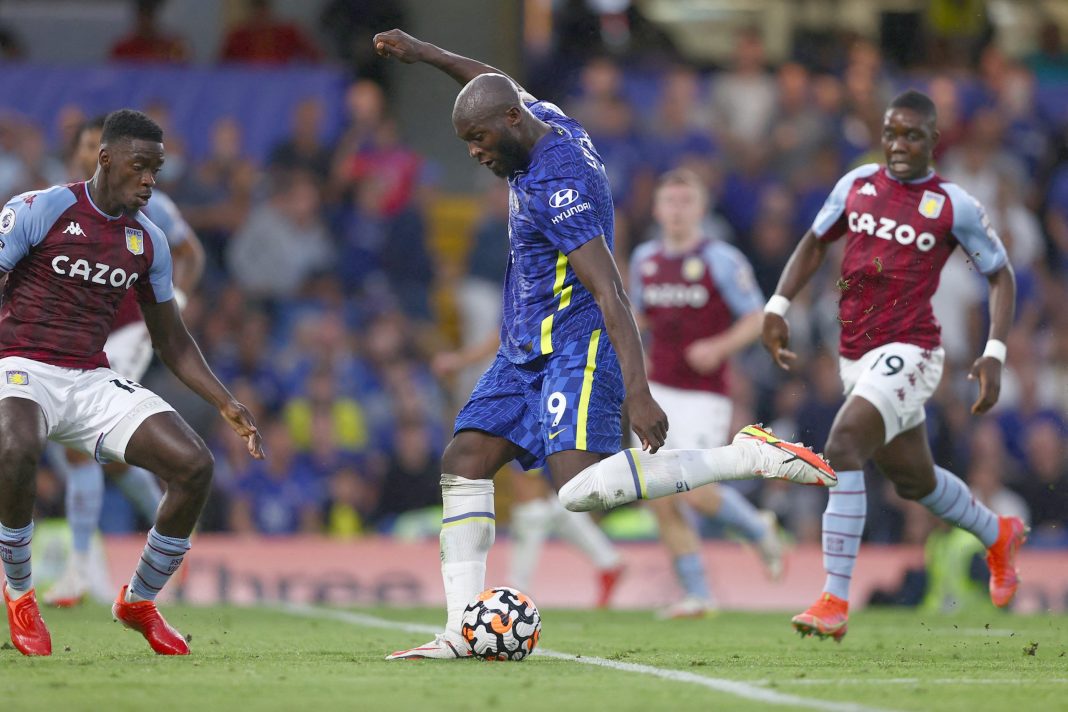 Chelsea striker Romelu Lukaku scored at Stamford Bridge for the first time as his double sealed a 3-0 win against Aston Villa on Saturday.

After scoring on his second Chelsea debut in the win at Arsenal in August, Lukaku made it three goals from three appearances with a pair of predatory strikes.

Lukaku, who previously played for Chelsea from 2011 to 2014, is back with the Blues following his club-record £98 million ($135 million) move from Inter Milan in the close-season.

The 28-year-old had never netted in front of Chelsea’s home fans before, but he ended that drought in the first half to the delight of the 40,000 capacity crowd.

Mateo Kovacic scored Chelsea’s second goal and Lukaku struck again in the final moments as the European champions made it three wins from their first four league games.

Thomas Tuchel’s side are second in the Premier League, behind leaders Manchester United on goals scored.

Chelsea are only the second club, after Manchester United, to win 600 Premier League games.

Saul Niguez made his Chelsea debut after his deadline day move from Atletico Madrid as Tuchel made six changes from the 1-1 draw at Liverpool before the international break.

There were rare starts for Callum Hudson-Odoi and Hakim Ziyech, while Marcos Alonso captained the Blues for the first time.