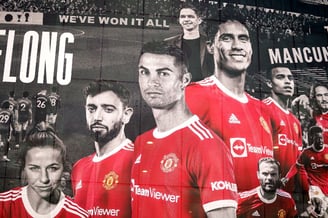 Ronaldo re-signed for the Red Devils last month and is in line to make his second debut for the club today.

Cristiano Ronaldo is in line for his second Manchester United debut against Newcastle as the Premier League returns after the international break.

Ronaldo sealed a stunning return to United from Juventus on Deadline Day, declaring himself “so happy to be back home” and insisting he was out “to win trophies” with Ole Gunnar Solskjaer’s side.

The Old Trafford legend made more history on international duty with Portugal as he broke the men’s all-time international scoring record and spent his first day back at Carrington training ground on Tuesday, ahead of United’s return to league action against Newcastle.