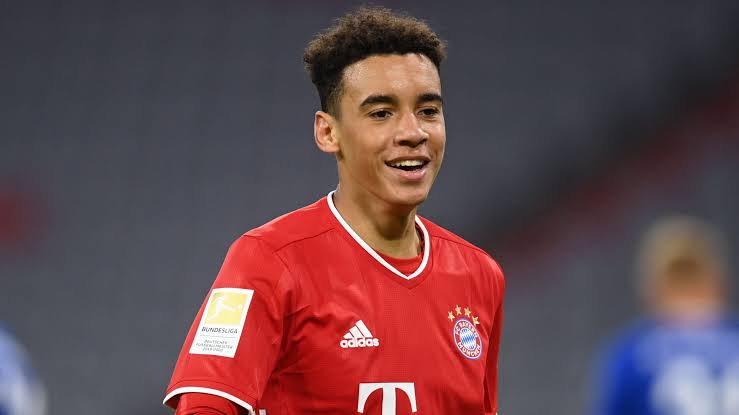 Robert Lewandowski was carrying the day before Serge Gnabry was stretchered off the pitch for magical Musiala. (Af24news)

Jamal Musiala is a player for magical moments. In FC Bayern’s 4-1 away win against RB Leipzig, the 18-year-old once again proved that to great effect.

After coming on as a substitute for the injured Serge Gnabry (45+1′), “Magical Musiala” shone at the start of the second half with a goal (47′) and a perfect assist for Leroy Sané, who only needed to slot it home and make it 3-0 (54′).

“Jamal was the game’s magician,” praised Thomas Müller on Sky. Even Bayern legend and TV pundit Lothar Matthäus raved: “He’s developed superbly and has shown once again that you can rely on him. He has a great future ahead of him.”

The move that led to Bayern’s second was particularly worth seeing. Musiala received a pass from Alphonso Davies smoothly with his right foot and in the same motion shot with his left.

Musiala said afterwards with a broad smile on his face: “It was a lot of fun. We work on situations like the one I scored in. You don’t have to think too much.” The assist for Sané was just as precise and reflected his excellent weight of pass.

In addition, Musiala is an inspiration off the pitch as well, as Müller revealed: “The special thing is that he has a great character in addition to all his talent. He’s hard-working and confident.

He keeps the ball and knows exactly what to do. That makes him tremendous for someone his age. The whole package makes him special.”

Head coach Julian Nagelsmann also confirmed these feelings: “He’s exceptional in terms of skill and as a person too. He listens. You never have the feeling that he’s stuck up. He just plays to have fun.”

Against Leipzig, the fun was definitely there. And currently, there is much to suggest that many more magical Musiala moments will follow in a Bayern jersey.