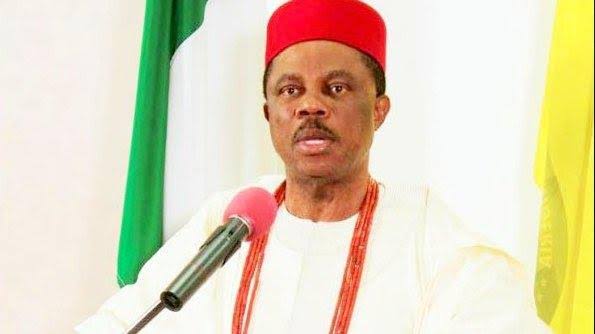 Governor Willie Obiano has announced plans to end the sit-at-home exercise instituted by the Indigenous People of Biafra, every Monday in protest of the detention of their leader, Nnamdi Kanu.

The announcement was contained in a press statement released on Saturday by the state Commissioner For Information and Public Enlightenment, Mr Don Adinuba.

According to Adinuba, an executive order has been given after series of high-powered security meetings with stakeholders in the state economy.

The press statement reads, “Following the directive yesterday by the Secretary to the State Government, Professor Solo Chukwulobelu, to banks to operate fully on every working day throughout the state, it has become necessary to explain to the people of Anambra State that the order also affects other sectors of our people’s socio-economic life.

“All markets, as well as motor parks and commercial vehicles, are henceforth to operate fully every Monday and any other weekday except any day declared work-free by the appropriate authorities.

“Before Governor Willie Obiano led a meeting yesterday between heads of security agencies and bank executives in the state, including those from the Awka branch of the Central Bank of Nigeria, he had personally held frank and rewarding discussions with a large spectrum of leaders of the transport union and market association in Anambra State on why they had for the past five weeks been shutting down their businesses every Monday.

“The transporters, for instance, attributed their action to the inability of commuters to come out for regular business owing to fear of attacks by unknown gunmen men while traders explained that without banks opening on any day it was difficult to keep proceeds of the day in a safe place.

“The bankers, on their part, argued that without markets opening and people going about their normal business, there was no need to open their doors to the public.

“It is axiomatic that the good people of Anambra State and, indeed, the Southeast have for the past five weeks been grappling with a vicious cycle on a grand scale. Some pupils have missed terminal terminations, with all the grave implications for the competitiveness of the youngsters and the future of our state.

“A number of small-scale restaurateurs have had their entire investments destroyed by these non-state actors for coming out to pursue their legitimate business, through which they feed their families, pay house rents, pay for the education of their children and take care of friends, relatives, associates and other dependents.

“Some have lost their cars and motorcycles, their sole means of livelihood, to these non-state actors. The less lucky ones have lost their limbs and even lives most gruesomely in other parts of the Southeast.

“Since no responsible government can stand akimbo while the future of its people is destroyed gratuitously, Governor Obiano held useful discussions in the last couple of days with relevant groups with a view to freeing members to pursue their legitimate businesses.

“After all, the leadership of the organization on whose instructions some persons claim to enforce the stay-at-home order has since rescinded the order.

“The Anambra State Government directive to banks, traders, transporters, other groups and individuals to resume full economic activity throughout the week with effect from Monday, September 13, 2021, was informed by the yearnings of these stakeholders.

“Adequate arrangements have been made with all security and intelligence agencies to provide adequate security for the people of Anambra State.”