Rivers to build judicial institute for training of judges, magistrates 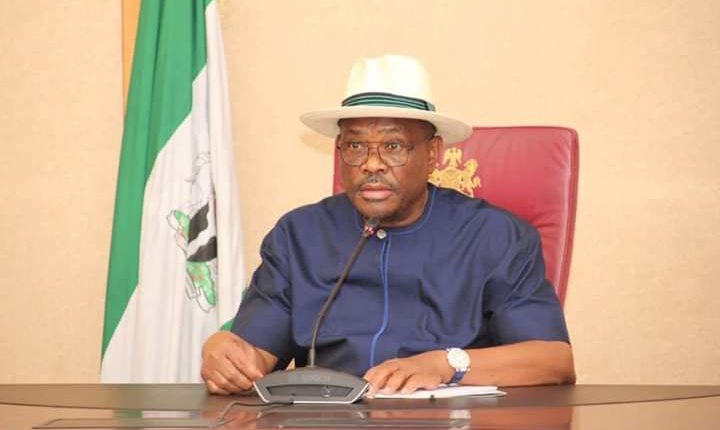 Governor of Rivers State, Nyesom Wike, has hinted that the state will become a centre for the training of magistrates and judges in the country.

The governor said this would be possible when the foundation stone for the National Judicial Institute will be laid during the next round of inauguration of projects in the State.

Wike gave the hint while speaking to journalists shortly after inspecting the Rumuola and G.R.A Junction flyovers, and the Ezimgbu Link Road in Port Harcourt, the State capital on Saturday.

The governor pointed out that the State Executive Council would soon meet to determine the specific projects that would be lined up for the next phase of inauguration and those to invite as special quests to perform the functions.

“Frankly speaking, it’s not going to be road infrastructure alone, it will involve health, schools and other humanitarian areas.

” We believe that the Chokocho-Igbodo Road in Etche, the Oyigbo Road are key projects we think will be included. And then, we are also going to lay foundation for the Judiciary Institute that will train our Magistrates and Judges.

“We will also lay foundation stone for the liaison office for the Federal Judicial Service Commission, which they have approved and should be sited, for the South-South Region, in Port Harcourt.”

Speaking about the flyover projects just inspected, Wike expressed satisfaction with the quality of work that has been delivered.

He noted that from what has been seen, it is still reassuring that the projects will be ready for inauguration by the end of September 2021.

According to him, the contractors have completed the asphalting work on both the flyovers and the service lanes of the road with attention now focused on building up barricades that will prevent the people from trading directly on the road.

“You were aware the last time we were here, we saw the Rumuola flyover, G.R.A junction, Ezimgbu Road, Tombia Extension, we were told that by September, 2021 they would have handed over these four projects to us.

“And as part of our routine job, we still make sure we have to go round to see the extent of work done. Whether the stage they are will rhyme with our plans for the commissioning of the projects.

“From what is seen, I believe that all will be completed by the end of the month. You can see the beauty of the projects, the way the places look like. Everybody appreciates them.”

Governor Wike however, frowned at the aftermath of street trading activities that deface the vicinity of the projects that are to be handed over to the government by the contractors.

He has therefore, vowed to set up a taskforce that will make it difficult for such trading activities to take place around those projects since the traders have continued to liter the area with refuse.

“You know, so many people would talk about hunger, but the mere fact that people are hungry does not mean that you should dirty the environment.

“When we allow you to do your trading, it doesn’t mean that in doing your trading, you should liter all the place. It is your responsibility after doing the trading or whatever economic activities that you’re engaged in, you should be able to clean up the area.

The governor solicited the understanding of all residents because it is the duty of government to keep the state clean in order to promote good health.

According to Governor Wike, it costs the government huge sum of money to rid the streets of refuse and people cannot be tolerated with their unhygienic activities.

“Everybody has to bear with us. It is our job to keep the place clean. I mean, some of these people come from neighbouring states, they liter the whole place, and in the evening, they take off.

“It is the government that suffers in spending a lot of money to clean them up.”