UCL: Bayern wait on injured Gnabry ahead of Barca clash 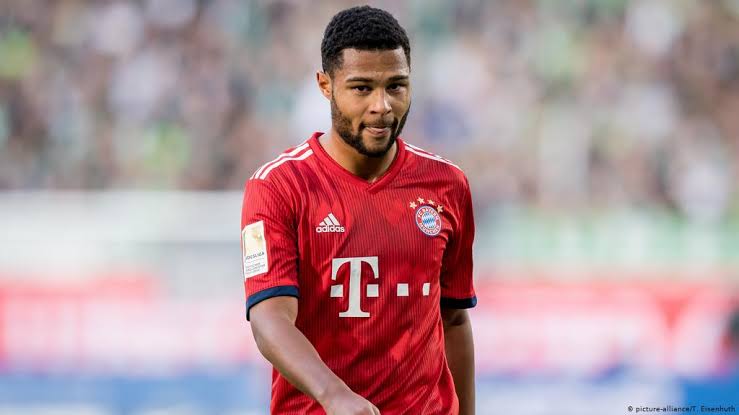 Germany winger Serge Gnabry is an injury doubt for Bayern Munich ahead of their opening Champions League group-stage game at Barcelona on Tuesday.

Gnabry went off just before half-time with a back injury in Bayern’s 4-1 Bundesliga win at fellow Champions League side RB Leipzig on Saturday.

Bayern head coach Julian Nagelsmann said Gnabry faces a race against time to be fit for the match at Camp Nou.

“Serge Gnabry took a knock to the ribs and has a bit of lower back pain,” said Nagelsmann.

“I don’t know if he will be okay for Tuesday, anyone who has had lumbago knows it can go quickly or can also take a while.

“We will have to speak to the team doctor and see.”

Gnabry, 26, has been in great form recently, scoring three goals for Germany in this month’s World Cup qualifiers.

Next week’s trip to Barcelona is the first meeting of the clubs since Bayern’s historic 8-2 rout in the 2019-20 Champions League quarter-finals on their way to winning the title.