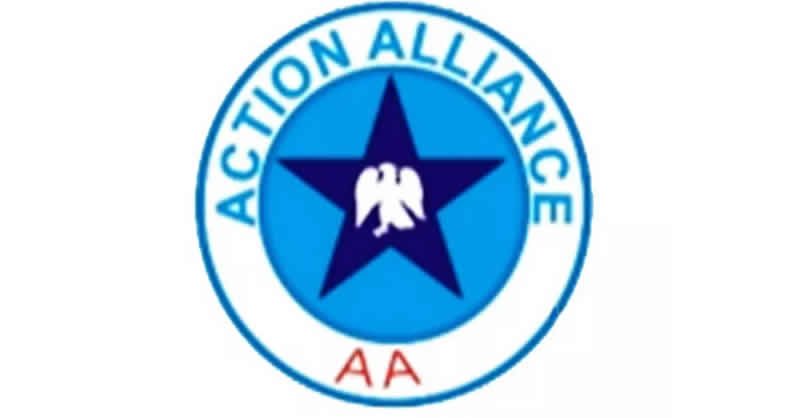 The Action Alliance says there is no factional chairman within the party as being claimed by some people.

The denial is contained in a communique issued at the end of the party’s leadership meeting on Saturday in Osogbo.

The communique, which was signed by the National Publicity Secretary of the party, Mr Olu Omotosho, said that one Mr Kenneth Udeze, who had been parading himself as a factional chairman, had been expelled from the party.

It said Udeze was sacked from AA on Feb. 14, 2020, during the party’s National Convention held in Osogbo.

According to the communique, Udeze has ever since his expulsion been parading himself as the party national chairman.It said that Udeze never challenged his suspension neither did he challenged his eventual expulsion from the party.

The communique urged the public to beware of the activities of anyone parading himself as the national chairman, apart from Mr Adekunle Omo-Aje. According to AA, Omo-Aje is the only recognised party chairman.

It said court of competent jurisdiction had on several occasions affirmed Udeze’s suspension from the party. (NAN)