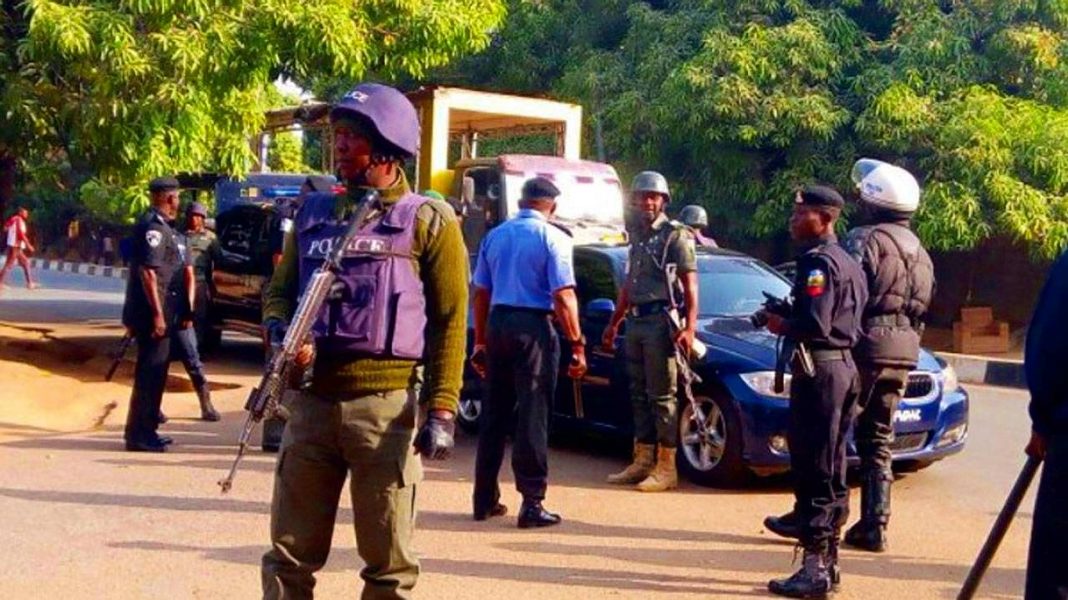 The Police in Imo State have reportedly killed three suspected members of the Indigenous People of Biafra, during a gun battle in an uncompleted building situated at Amaifeke, Orlu.

Two IPOB members were said to be arrested by the police.

The Commissioner of Police, CP Rabiu Hussaini, disclosed this on Sunday in a statement signed by the command’s spokesperson, Michael Abattam.

The commissioner said, “After diligent gathering of technical intelligence, that members of the proscribed IPOB/ ESN members were sighted planning to resume terror attacks on police formations and government installations in the state at about 1230 hours, the command’s tactical teams immediately mobilized and stormed the hideout out of the group.”

He said the members of the group on sighting the police operatives in their hideout opened fire on them.

The police boss said, “the gallant and battle-ready tactical teams swiftly returned the fire. In the gun duel, three of the hoodlums namely Chidera Nnabuhe, the Orlu Sector Commander of IPOB/ ESN a.k.a “DRAGON”, a native of Umuala Amaifeke in Orlu LGA and two others with a.k.a, J.J and Dadawa both natives of Ohazara in Ebonyi state were neutralized.

“Emeka Sunday age 20 years of Anike in Ohazara LGA of Ebonyi State and Anthony Okeke age 44 years of Umuala Amaifeke Orlu LGA of Imo were arrested while others escaped into the bush with bullet wounds.

“On searching the camp and its surroundings, a native goat that has just been slaughtered with the blood drained into a container and rub on their bodies to fortify themselves against police bullet was recovered alongside the following items, two locally fabricated General Purpose Machine Gun(GPMG), Sixteen Improvised Explosives Devices (I.E.Ds), one English made pump action gun, two locally made Pistols, thirty – seven rounds of live cartridges, three Automatic Machine Guns kick starter and one Bomb detonator.”

The command said, “it is on good record that, this is the terror group that have been terrorising the good people of Orlu. And investigation revealed that all the violent crimes including the high profile kidnappings and armed robberies that have been going within Orlu axis were being masterminded by them.”

Most of the members of the group have been in the wanted list of the Police for months especially, Chidera Nnabuhe a.k.a ” DRAGON”, the commander of Orlu Sector of IPOB/ ESN, the command said.

“Investigation is ongoing and the suspects arrested are presently undergoing interrogation and have made useful statements that will aid the police in arresting other members of their gang including the ones that escaped with bullet wounds.”

The Commissioner of Police, while commending the officers and men for their gallantry and proactiveness, expressed his appreciation to the residents and citizens of the state for their unalloyed support.

He advised them to continue to assist the police with credible information that has enabled smart policing and interception of criminal elements easier and warned that, all criminals should relocate from the state or face severe sanctions.