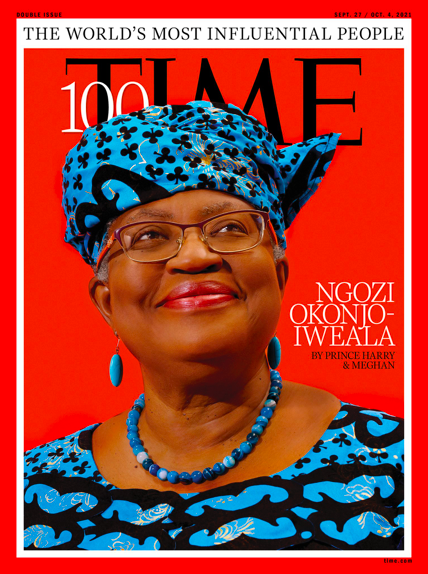 The Director-General of the World Trade Organisation (WTO) and former Minister of Finance, Dr Ngozi Okonjo-Iweala, has been featured on the cover of TIME magazine.

She was also recognised as one of the world’s top 100 most influential people in 2021.

Reacting to the development, the finance guru took to Twitter to express her happiness.

“Honoured and privileged to be on the cover of TIME magazine and to be recognised as one of the world’s most influential leaders! Profound thanks to the Duke and Duchess of Sussex for their kind words. All Glory to God!” she wrote.