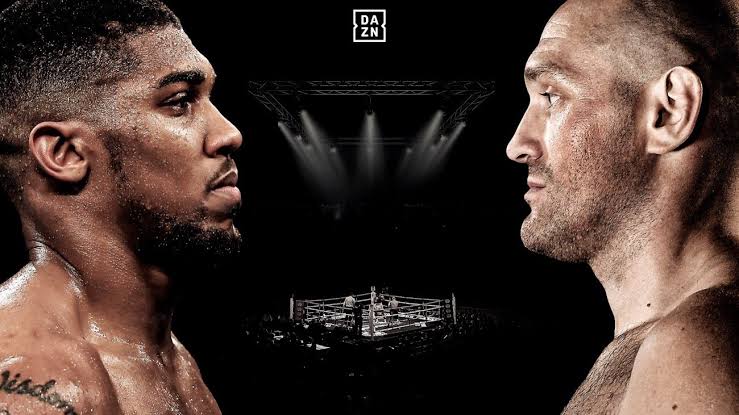 Tyson Fury has called Anthony Joshua a “chicken nugget” while talking about his rival’s chiseled physique.

Joshua is concentrating on WBO mandatory challenger Oleksandr Usyk, who he will face at the Tottenham Hotspur Stadium on September 25, while Fury will clash with Deontay Wilder on October 9.

SunSports reports that despite their respective fights drawing closer, that has not stopped them from taking aim at one another.

READ ALSO: ‘I will destroy you’: Tyson Fury to Anthony Joshua

Joshua has blamed Fury for being the reason behind their clash collapsing, an opinion that was put to the WBC champion.

Speaking to Gary Neville on The Overlap, Fury joked, “Yeah, I backed out and I admit it. I’m scared of him.

“I fought the best men in the world in their prime and beat them, but I’m scared of this plum.