US donates $6.8m to fight human trafficking in Nigeria 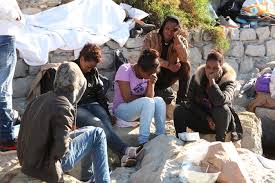 The United States Department of State’s Bureau of International Narcotics and Law Enforcement Affairs (INL) has announced the donation of $6.8 million to the United Nations Office on Drugs and Crime (UNODC) for projects in Nigeria to combat trafficking in persons.

A statement by the US government said the donation would fund UNODC to train the Nigeria Correctional Service in Borno, Gombe, and Adamawa states.

The funds will also support UNODC’s Middle Belt Investigations project by ensuring local police investigators in the states of Kaduna, Plateau, Benue, and Nasarawa have the training and resources to respond more effectively to incidents of criminality, kidnapping, and conflict, the statement read.

It said, “The project also aims to improve the capacity of local courts and prosecutors by increasing transparency and adherence to due process for cases related to the activities of Boko Haram and ISIS-West Africa.

“The United States values its relationship with Nigeria and, through our partnership with the UNODC, provides support to its work combatting drugs, crime, and corruption, and building the capacity of the Nigerian National Agency for the Prohibition of Trafficking in Persons (NAPTIP).”

“INL funds were made possible through appropriations made by Congress to the U.S. Department of State to support efforts in the fight against organised crime and drug trafficking worldwide,” the statement added.